You are here: Home1 / News2 / UK News3 / Audi most expensive German car brand to own

Audi most expensive German car brand to own 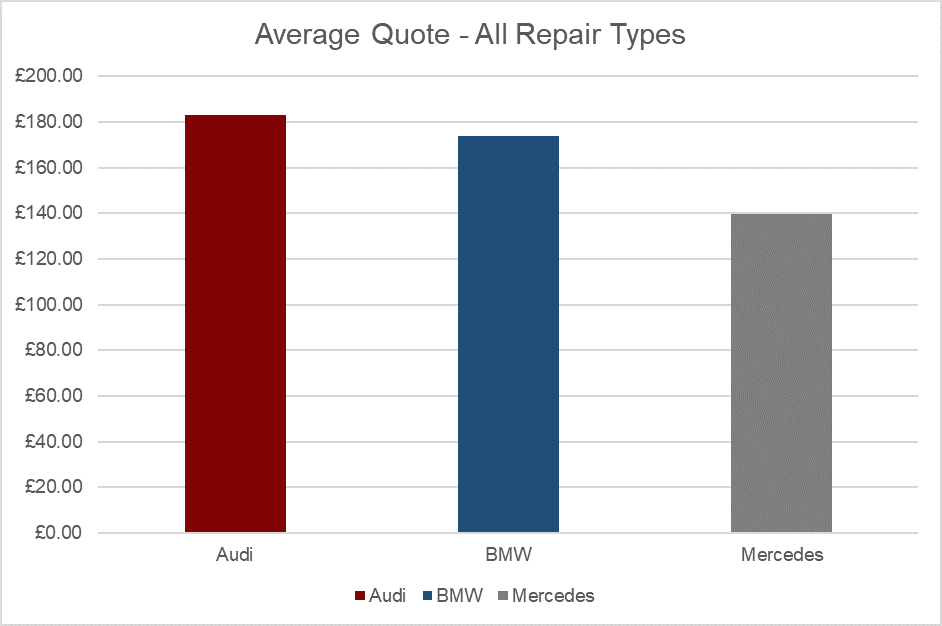 It won’t be a surprise to learn that Germany’s premium car brands are the most expensive to run long-term. However, when you put Audi, BMW and Mercedes alongside each other, less of us may have guessed that Audi would be most expensive.

The largest gap between repair costs for the brands’ equivalent models is the C-Class and A4. The A4 is 39 per cent more expensive than the C-Class to repair, and sits 28 per cent higher than the BMW 3-Series.

However, Audi is the cheapest for steering and suspension and electrical and battery work, compared to Mercedes which is the most expensive of the three brands for this type of repair.

Audi is also the cheapest for a cambelt change with an average cost of £369.92, compared to Mercedes which costs £475.54 and BMW which costs £826.22. This cost difference is because BMW and Mercedes tend to use a timing chain instead of a cambelt, which are more expensive to repair. However, requests for BMW and Mercedes timing chain repairs sit 20 times and 100 times lower, respectively, than Audi cambelt repairs.

Audi is the most expensive for gearbox repairs on average across the three brands – for a manual gearbox repair it costs £567.73, for an auto gearbox it’s £428.68 and a reconditioned gearbox will set a driver back £744.60.

The research follows five years of previous, which all found similar results.