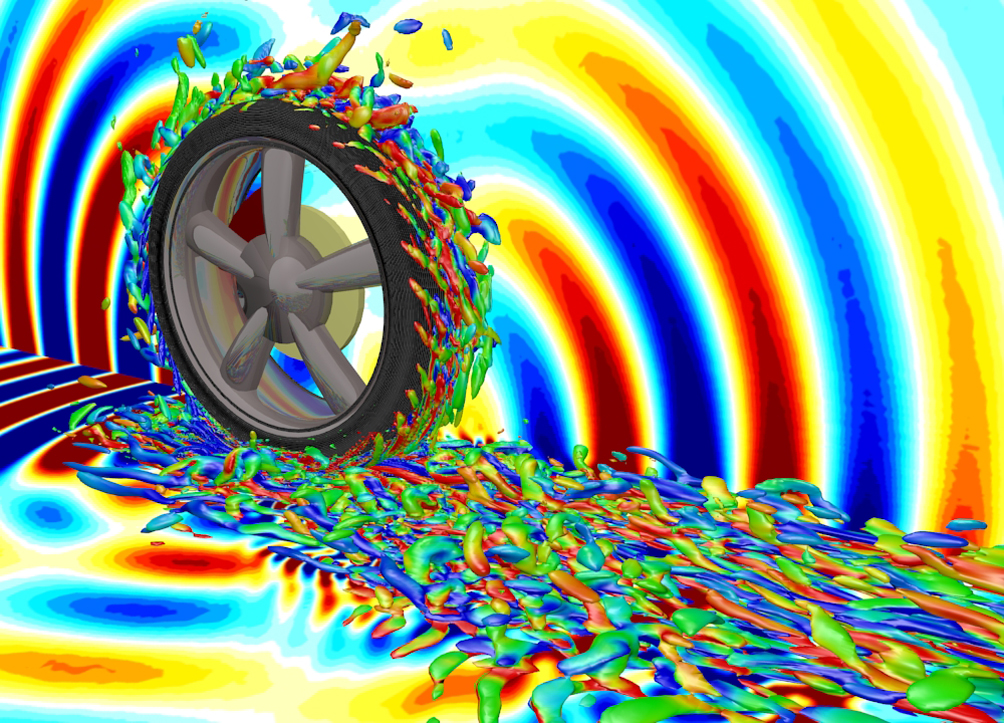 Yokohama’s aeroacoustic research has been recognised with the award

Yokohama’s research on ‘Highly accurate fluid analysis and data mining for next-generation silent tyre development’ has received an Excellent achievement research project award for general-use research themes undertaken using the High Performance Computing Infrastructure (HPCI). Yokohama’s research was conducted in cooperation with the Institute of Space and Astronautical Science (ISAS), a research arm of the Japan Aerospace Exploration Agency (JAXA), HPCI is promoted by Japan’s Ministry of Education, Culture, Sports, Science and Technology (MEXT). The award was announced at the third project report meeting of the HPCI System Including K computer, held at the Kokuyo Hall in Tokyo’s Minato Ward on 21 October.

HPCI is an initiative started by MEXT to create a platform for an innovative shared computational environment that connects Japan’s next-generation supercomputer, called the K Computer, with supercomputers of universities and research institutions throughout Japan via a high-speed network. Research Organization for Information Science and Technology (RIST), the non-profit public-service organization that operates the HPCI system, presents its ‘Excellent’ achievement research project awards annually to recognize outstanding results achieved by applied research projects using the HPCI system. This year, awards were presented to nine research projects selected from a candidate list of 134 projects for their outstanding accomplishments made during fiscal 2015 (ended March 31, 2016).

The Yokohama–ISAS/JAXA project used the aeroacoustic simulation technology first announced by the team in 2014 to demonstrate clearly the impact of changes in a tyre’s surface, such as the depth and width of the groove, on the acoustic waves (noise) generated by a rolling tyre. The project’s calculations of huge amounts of data were done on the Tohoku University Cyberscience Center’s supercomputer (SX-ACE).

The progress made by this project indicates the possibility of designing tyre tread patterns that will lead to lower acoustic waves, which in turn could lead to the development of the next-generation of low-noise tyres. The Excellent achievement research project award recognizes the suitability of applying the HPCI system’s big data calculation capabilities to conduct a systematic and reliable analysis that will contribute directly to the development of new tyre designs.

The aeroacoustic simulation technology developed through joint research by Yokohama Rubber and ISAS/JAXA achieved the world’s first simulation of near real-scale flow structures (turbulence) of the air flow around a tyre rolling on a road surface and the acoustic waves generated from these structures. This simulation technology has raised the potential for new technological breakthroughs that could reduce pass-by noise and improve aerodynamic performance, and Yokohama Rubber is using the technology to support its ongoing research on these areas.