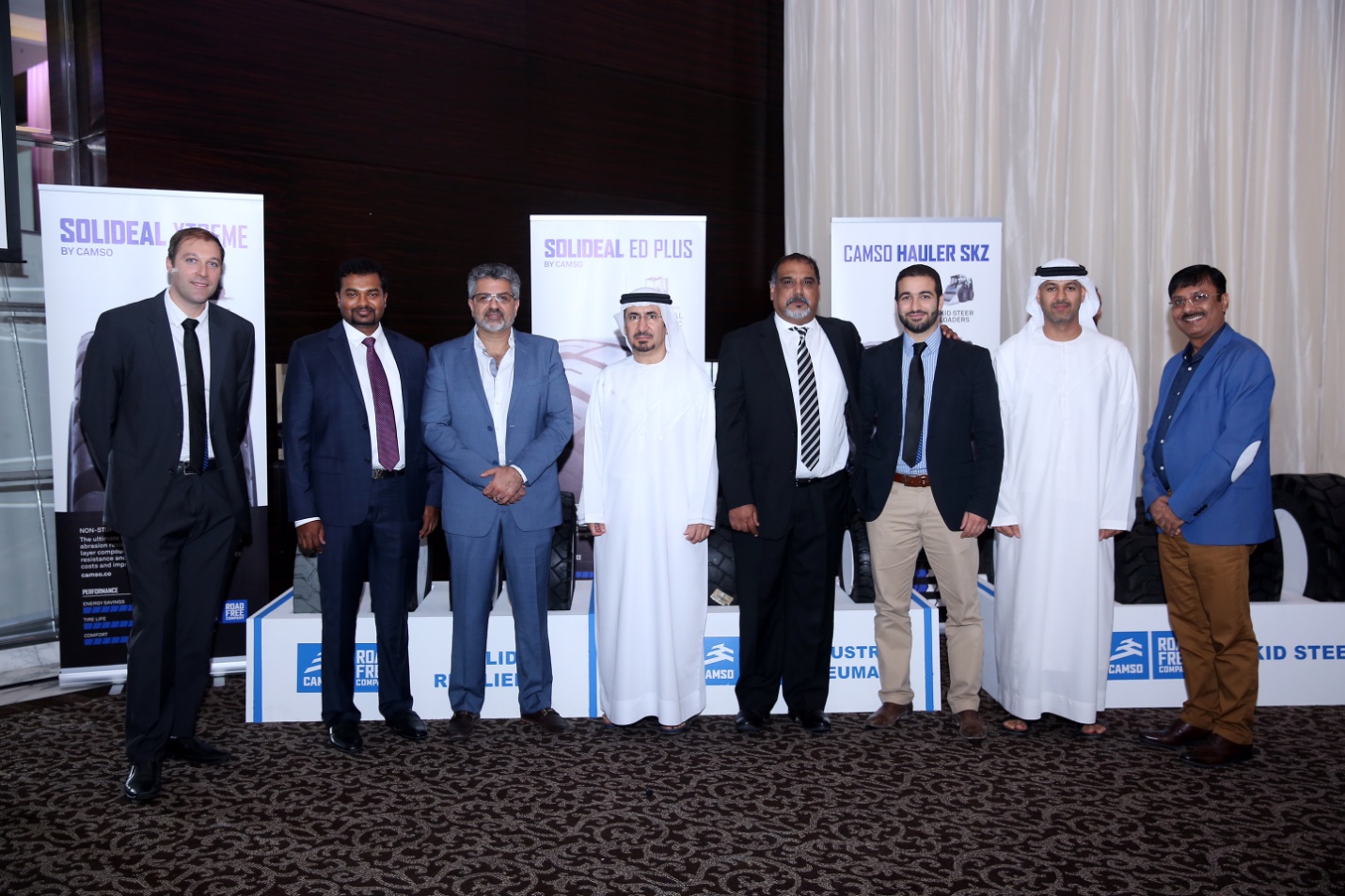 “Camso and Al Saeedi group have been nurturing a business relationship of over 28 years. This partnership has increased the presence of Camso products across the UAE in almost all the industrial and construction equipment segments over the past years, as well as contributed to the wide offering and success of our group,” says Anish Malattiri.

Solideal started to produce solid tyres in Sri Lanka in 1984. The Solideal leadership team were forward-thinkers at a time when forklift tyres where primarily pneumatic and produced in Western countries. Solideal started to produce pneumatic tyres in 1990 in Sri Lanka, then wheels in 1995, to better serve the needs of the material handling and construction aftermarkets.

Camoplast was found in 1982 and started by investing efforts to develop enhanced tracks for snowmobiles. Having developed belts for original equipment manufacturers (OEM) and aftermarket clients, the team began to develop track systems for ATV, UTV and agricultural equipment. In 2010, the companies joined to create one team: Camoplast Solideal. In 2015, Camoplast Solideal became Camso, the Road Free Company.

Camso designs, manufactures, and distributes off-road tyres, wheels, rubber tracks and undercarriage systems to serve the material handling, construction, agricultural and power sports industries. It employs more than 7,500 dedicated employees focusing tightly on 11 per cent of the global tyre and track market: the off-the-road market. It operates advanced R&D centres and manufacturing plants in North and South America, Europe and Asia. Camso supplies its products to leading original equipment manufacturers (OEM) under the names Camso and Solideal and distributes its products in the replacement market through its global distribution network.

Al Saeedi Group, which claims to be UAE’s largest distributor of industrial tyres, was established in the year 1988 as a small enterprise in Dubai. It has since become a specialist in tyre distribution and service solution provider across the GCC, India and Africa. It has also grown dynamically in UAE, and owns eight service centres in strategic locations at Al Quoz, Deira, Dubai Investment Park, Jebel Ali Free Zone, Qusais, Rashidiya and Mussafah. These centres are well equipped with state-of-the-art wheel balancing and alignment facilities along with an exclusive Tyrfil-Polyurethane Tyre Filling system for industrial tyres and air seal puncture sealants.

‘69 Mini to be auctioned for Prostate Cancer UK