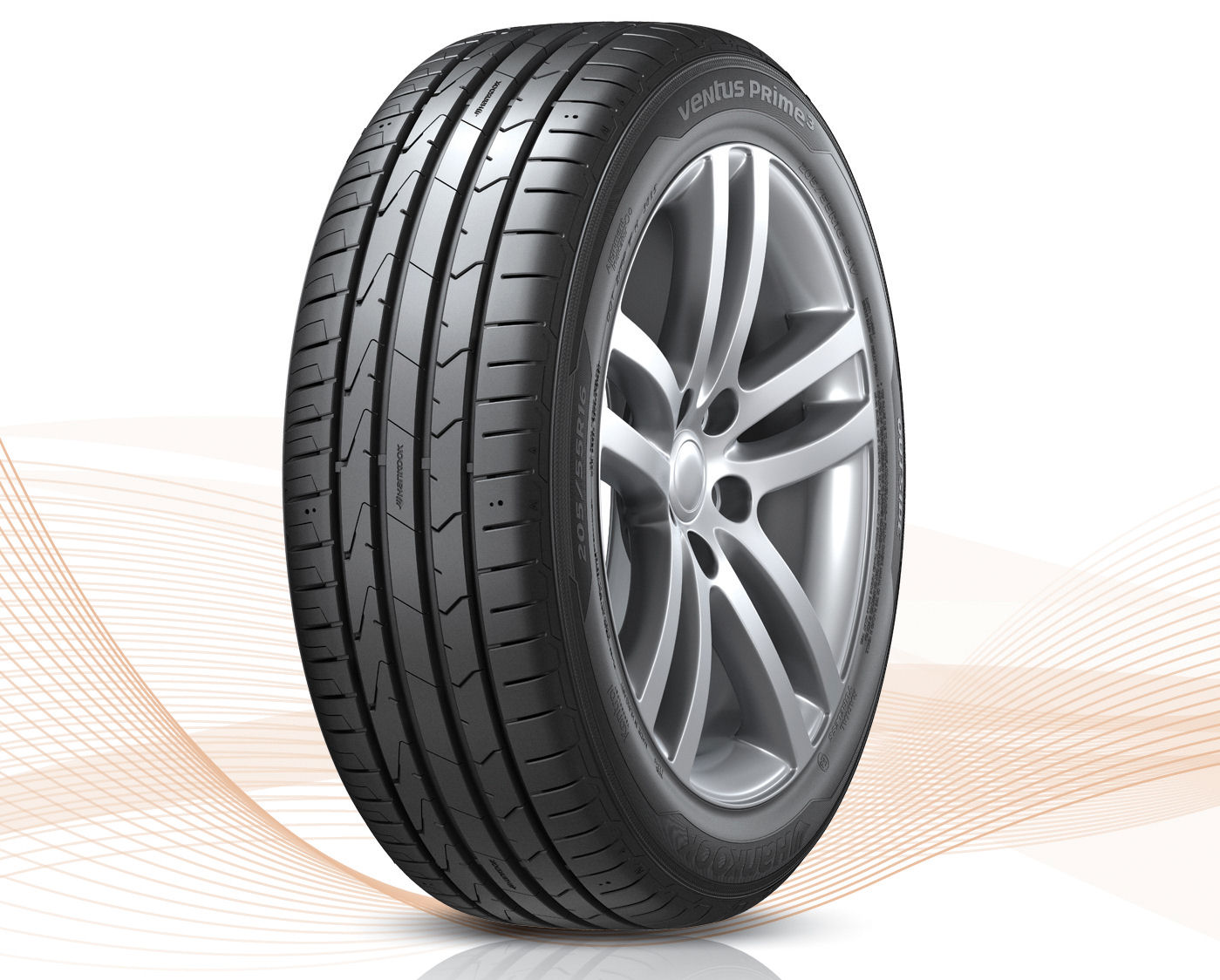 A successor to Hankook’s Ventus Prime² has been launched in readiness for the European summer. No prizes will be awarded for guessing what the new tyre is called – Hankook has chosen to carry over the successful Ventus Prime name into the range’s third generation. Tyrepress.com will cover this new flagship comfort tyre in detail following a hands-on launch event early next month, however what we can tell you now is that Hankook claims the Ventus Prime³ delivers approximately eight per cent better wet braking and three per cent greater dry braking performance over the predecessor tyre, along with nine per cent more wear resistance.

Ventus Prime³ in the wet

According to Hankook Tire, “improving the tyre’s braking abilities in wet conditions was a pivotal point where Hankook engineers made progress in developing the next generation of Ventus Prime products.” The tyre maker reports that the use of a new high grip silica compound in connection with the application of a new mixing technology allowed for “a significantly better dispersion of polymers and fillers within the tread compound.” This is said to be the factor behind the aforementioned eight per cent improved wet braking performance, and it also helped lower rolling resistance.

Removal of water from the tyre’s contact patch is aided by four circumferential grooves in the tread pattern; Hankook explains that these provide resistance against aquaplaning and improve wet weather control characteristics. Furthermore, the tyre maker states that the “trade-off effects between wet and dry performance” have been minimised in the Ventus Prime³ thanks to the positioning of “specific individual lateral groove depths.”

Ventus Prime³ in the dry

The design of the asymmetric Ventus Prime³ tread pattern has enabled a ten per cent enlargement in contact patch area. This, says Hankook, helps the tyre’s dry performance capabilities: “This, together with an improved tread stiffness for both lateral and radial directions in combination with the solid outside shoulder and hybrid hardness design of the outer tread ribs, allows for a superior dry handling performance.” As well as achieving a three per cent improvement in dry braking, the manufacturer reports that traction is facilitated through the adaption of chamfered grooves surrounding the tread; these cause an “instant widening effect” of the contact area during braking.

The nine per cent improvement in wear resistance that Hankook achieved with the latest generation of tyre comes courtesy of a new tread compound that is said to contain “newly-developed functionalised polymers with a high molecular weight.” Under the skin, the Ventus Prime³ features a rayon casing (Hankook describes it as state-of-the-art and lightweight), a wide steel belt layer package covered by a jointless full cover reinforcement belt and a high stiffness bead filler. These qualities reportedly contribute to better handling, more precise steering response and a high level of controllability, even at high speeds.

Exterior noise is kept down by a combination of an optimised pitch design, improvements to the angles at which the lateral tread grooves are positioned (Hankook Tire says that its development engineers were able to “significantly reduce” Ventus Prime³ tread pattern noise in both new and worn states through the “application of a new groove positioning technology.”), and an “anti-air resistance” sidewall. And to combat uneven wear, the Ventus Prime³ features the Visual Alignment Indicator (VAI) system found on all Hankook Ventus products. This shoulder-based feature provides drivers with a straightforward method of checking wheel alignment.

Made in Europe, for European drivers

The Ventus Prime³ is predominantly produced in Hankook’s plant in Hungary, and is being rolled out in 53 sizes for 15 to 18-inch rim diameters. Tread widths range between 185 and 245mm and aspect ratios from 40 to 65 series. The tyre is available in H, V, W and Y speed ratings.