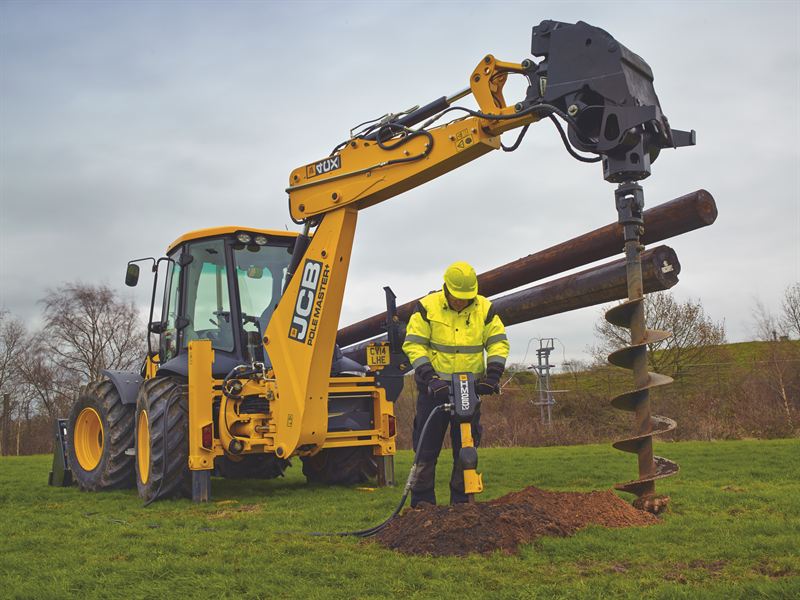 JCB has selected Michelin XeoBib tyres as the exclusive standard fitment on its new pole planting machine, the 4CX Polemaster+. The manufacturer reportedly decided to specify the high flotation Michelin tyre in size VF 600/60 R28 tyres as original equipment on the new machine after comparing a range of alternatives and being impressed by the tyres’ ability to protect soft ground when working in the field.

Tyre choice is a major consideration for JCB as the new machine will be used extensively on farm and utility land, making it paramount to offer a standard tyre that will work to reduce the impact of the machine on the ground, as well as cope with frequent on-road use, travelling between locations. A spokesperson for JCB said: “We were impressed with the low ground damage rates offered by Michelin XeoBibs compared to the other tyres. How the machine is likely to affect the land is a foremost factor our customers consider, especially with this type of operation.”

The XeoBib range features Michelin’s patented Ultraflex Technology, which is specifically designed to limit rut formation by spreading the machine’s weight over a larger footprint – up to 24 per cent larger than the equivalent Michelin XMCL tyre.

“Soil compaction and damage can be very costly to repair and a concern of many farmers and land owners because it has a direct bearing on both the yields they can expect from their land, and how it looks,” commented Mike Phillips, Michelin’s key account manager – original equipment. “XeoBib tyres are capable of operating consistently at low pressures regardless of speed. In fact they can be run at pressures lower than one bar, both in the field and on the roads – that’s around 50 per cent less than conventional technology tyres.”

In addition to being well suited for use on utility and agricultural land, XeoBib tyres are engineered to offer improved longevity, better traction and reduced wheel slippage. The tyres work actively to reduce vibrations, ensuring enhanced operator comfort.

The new 4CX Polemaster+ is designed to be an off-highway pole planting solution for wooden poles up to 750 kilogrammes and can dig, auger and break rocky ground with minimum human intervention. It also features a powerslide facility, which reduces the need to move the machine, further decreasing ground damage. With a range of standard features including JCB rotaclaw, high-power auger, side-mounted pole carriers and handheld tool circuits, the machine is able to undertake the typical tasks expected from a backhoe.