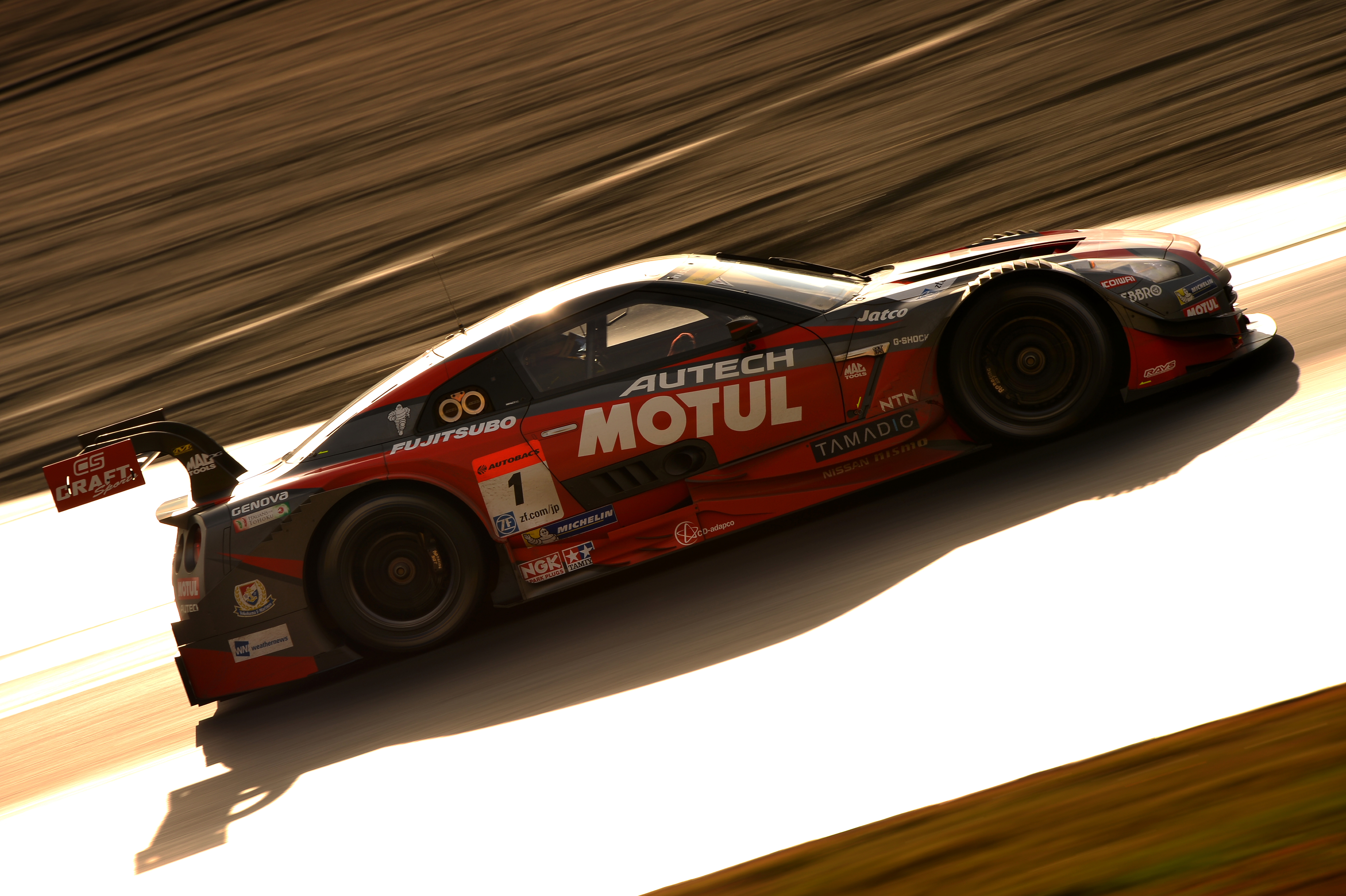 The NISMO-run Motul Nissan GT-R claimed the Japan’s 2015 Super GT Championship title having finished second at the Motegi GT 250km Race, the championship’s final round. The team ran on Michelin tyres, making this the fourth time in five years that the title has been claimed on the French manufacturer’s rubber.

The No1 Nissan GT-R started the race from 12th after an extremely wet qualifying session, with drivers Ronnie Quintarelli and Tsugio Matsuda determined to finish at least fifth and, above all, ahead of the No12 car (Yasuda/De Oliviera), which began the weekend with a three-point advantage over the Nissan squad in the teams’ standings and two points clear in the drivers’ classification.

Prior to the start, the staff at NISMO and its partner Michelin Motorsport were tense and extremely focused on their mission since success in Super GT is as much a question of prestige as it is an indication of technical supremacy. It is this that drives the Japanese makes and the four tyre brands active in the championship to dedicate such significant technological resources to the series. Michelin’s prior wins include the 2014 crown with NISMO and Quintarelli/Matsuda.

Pascal Couasnon, director, Michelin Motorsport, said: “We are very pleased to have won another title in what is such a fiercely competitive series. The technologies Michelin develops for Super GT keep pushing back the envelope in areas like performance, warm-up and consistency.

“That said, our rivals make progress every year and have taken some big steps forward. As a result, our development team is forced to innovate and that’s what makes Super GT such an extraordinary laboratory for us. “Last but not least, I would like to underline the fervour of the huge crowds that attend all the rounds of the Super GT championship. It is consequently an excellent means of communicating for Michelin which is delighted to showcase the quality of its tyres in a nation of real motor racing fans and where the firm is seeking to gain market share.”

Ronnie Quintarelli added: “This was the hardest championship to win. We had no margin for error. In certain situations, we were even perhaps a little behind, as we saw in qualifying. In the race, however, we succeeded in making the very most of our Michelin tyres. Pascal Couasnon was at the race, too, so it’s really nice to have won, especially given the tragedy that struck France two days ago.

“I was the first driver to test for Michelin when it returned to the championship in 2009. To begin with, we were a little lost. However, at the pre-season test in the heat of Malaysia, I felt there was real potential. Indeed, we won our fourth race… at Sepang. Despite that, we tended to suffer in damp conditions and whenever the weather was cold. A great deal of effort went into development work and that allowed us to win back-to-back crowns with Mola in 2011 and 2012. Then, last year, for my second season as part of the NISMO works team, we succeeded in recovering the title which we finally managed to defend this season.

“What I like about Michelin is the way it works. It take things one step at a time and doesn’t fire off in all directions. That’s how I like to work and it’s one of the reasons why we work so well together. It’s one of the secrets of our success.

“For Michelin to have won four titles in five years here in Japan, the home of its rivals, is quite simply exceptional and I would like to pay a big tribute to the brand this evening.”