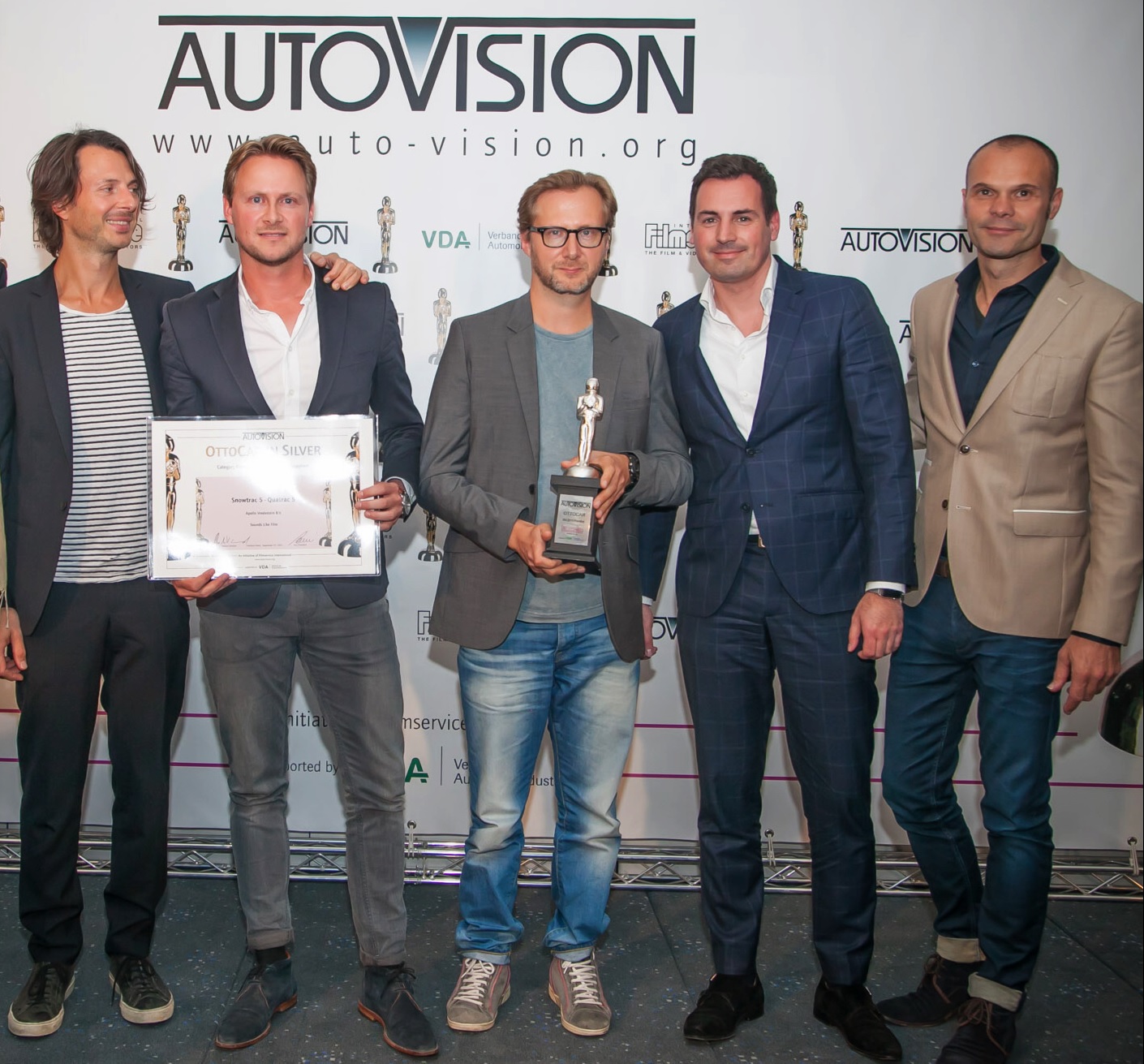 Recipients of the Vredestein award. Second from right is Bandi Vaczi, head of global marketing communications at Apollo Tyres Ltd

Dunlop walked away with a gold OttoCar at yesterday’s AutoVision Awards ceremony in Frankfurt, and Vredestein landed a silver accolade. The biennial awards ceremony took place during the IAA show and saw Goodyear Dunlop Tires honoured for its ‘One Second’ commercial. One Second also won a black award for best direction and best editing. A silver OttoCar award came Apollo Vredestein’s way in recognition of its Vredestein Snowtrac and Quattrac 5 product launch films.

We’ve yet to hear comment from Dunlop on its win, however Apollo Tyres’ CMO, Marco Paracciani, says the company is “delighted to win a prestigious OttoCar award.” He added: “When the Vredestein brand launches a new product, we aim to do so in a way that reflects the superior performance and smart aesthetic that is the hallmark of every Vredestein tyre. These two movies for the Quatrac 5 and Snowtrac 5 took months of hard work and creativity to realise and it is an honour to have them recognised by our industry peers in this way.”

This year’s edition AutoVision awards ceremony was the 12th biennial event to take place, and honoured a total of 60 works. Submissions were judged by an independent international jury.

See the Dunlop and Vredestein videos for yourself.

Michelin pleased to remain a ‘powerful’ voice in the digital arena