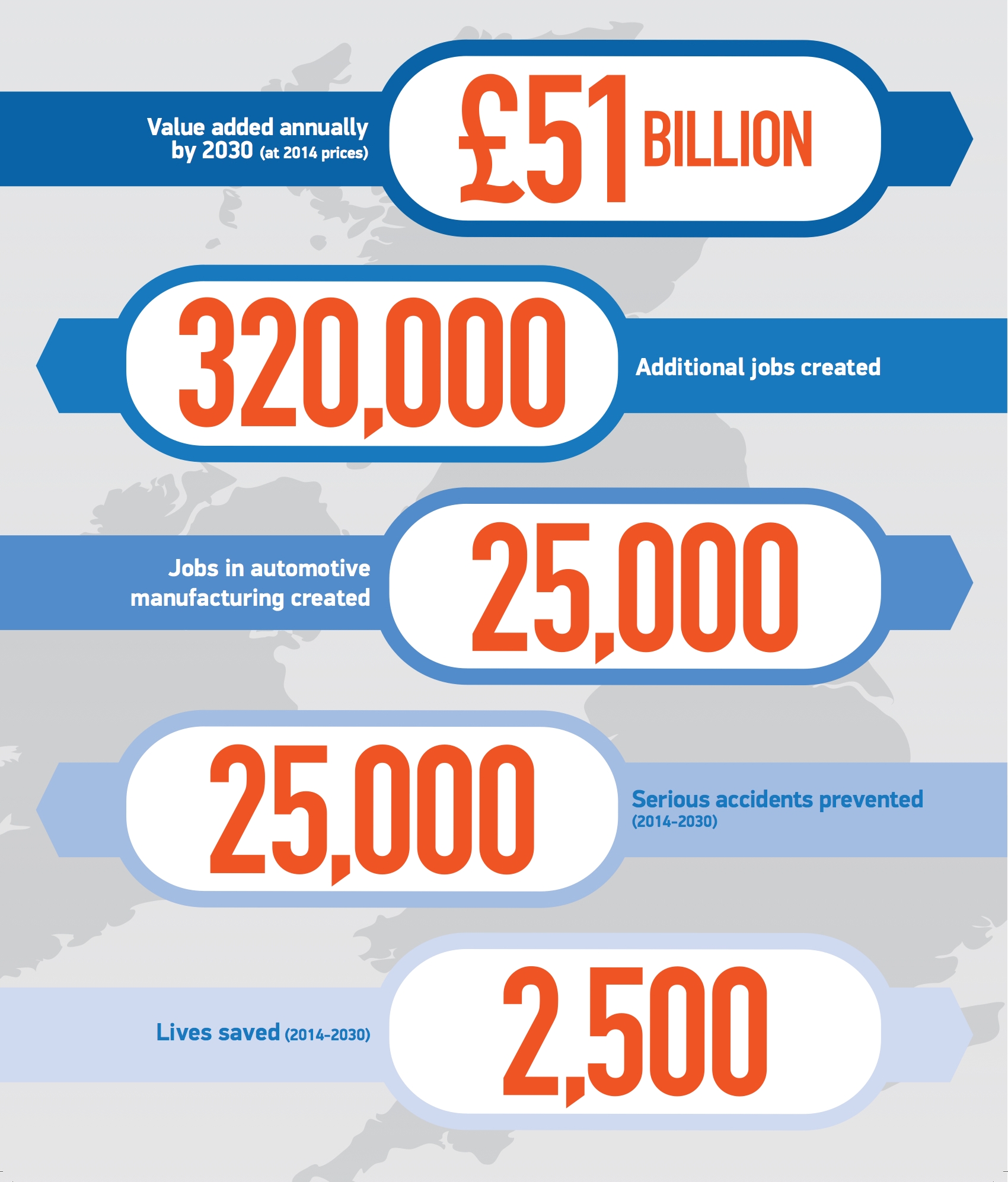 Research commissioned by the SMMT has found that the development of connected and autonomous vehicles will help generate 320,000 jobs in the UK. Researchers from KPMG found that these new vehicles will deliver a £51 billion boost to the UK economy and reduce serious road traffic accidents by more than 25,000 a year by 2030. It also forecasts the UK will be a global leader in the production of this next generation of vehicles.

Mike Hawes, SMMT chief executive, said: “Connected and autonomous cars will transform our roads and the way our society functions for generations to come, dramatically reducing accidents and helping to deliver more than £50 billion to our economy. The KPMG report clearly shows the UK automotive industry is leading the way in developing the cars of the future and that it will act as a catalyst for wider economic benefits that will create more than 300,000 jobs by 2030. The UK must grasp the opportunities ahead and ensure it is continually at the forefront of pushing through these next breakthrough technologies.”

Transport Minister Robert Goodwill said: “New technology is fundamental to government’s ambitious vision for our roads.  That is why we are making huge investments to support innovation, including £19 million for real-world trials of driverless cars and £100 million to research autonomous vehicles, as recently announced in the Budget. Connected and autonomous cars will help us move towards a smart, safe, efficient and low-carbon future.”

Mike Bell, Global Connected Car Director, Jaguar Land Rover, said: “The potential of the connected car is huge. It is certainly one of our top priorities and we are making a significant investment in the technology, skills and partnerships to make this a reality. Jaguar Land Rover is taking a leading role and is actively embracing the connected car. We have huge potential to ensure the car has a prominent role in the Internet of Things, which will enhance the driving experience and make driving smarter, safer and even cleaner in the years to come.”

The report was released at SMMTConnected, the first ever industry-wide event in Britain to explore the opportunities and challenges ahead and demonstrate how the UK automotive sector is already developing the cars of the future.

Some of the latest connected innovations, including vehicles from BMW, Jaguar Land Rover, Mercedes-Benz and Nissan were displayed at the event.