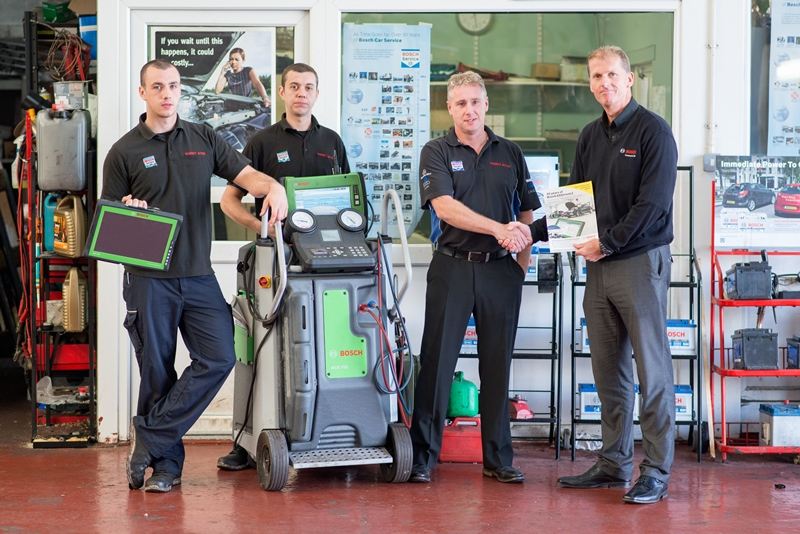 The first 15 garages to strike it lucky with Bosch UK’s ESI[tronic] anniversary competition have been awarded their prizes. Celebrating 25 years of innovation in vehicle diagnostics, special anniversary offers all inspired by the number 25 have been available to all new and existing customers. These offers includes 25 per cent off an annual subscription to ESI[tronic], and four-years’ subscription for the price of three. In addition, a total of 25 one-year subscriptions are up for grabs in prize draws.

The competition, which runs till the end of the year, has already awarded the first three batches of free, one-year subscriptions. Covering all corners of the UK and Ireland – from Hayling Island to Tipperary – each winner has received their prize from their regional Bosch Workshop Business Development Manager.

With 25 years’ experience in diagnostics, Bosch remains a world leaders in the sector and, with many long-standing users in the UK, ESI[tronic] has helped fix countless faults over the years. Open to active subscribers, the Bosch ESI[tronic] subscription prize draw runs from 1stJuly until 31 December 2014, with five lucky winners announced each month.

In the 1980s Bosch launched the KTS 300. To date over 175,000 KTS-series diagnostic testers have been sold worldwide and around 60,000 workshops throughout Europe are actively using ESI[tronic].

As the first tool that could be used to diagnose more than one make of car, it established Bosch as a leader in diagnostic equipment for the Automotive Aftermarket and the company has remained at the forefront of development within the industry.

Underpinned by the company’s ESI[tronic] software, Bosch’s advances have led the industry as mechanics have become technicians and have embraced electronic diagnostic tools. Designed as a comprehensive knowledge platform for technicians, ESI[tronic] provides detailed information and support that reflects the evolution, as electronics have played an increasing role in the development of vehicles.