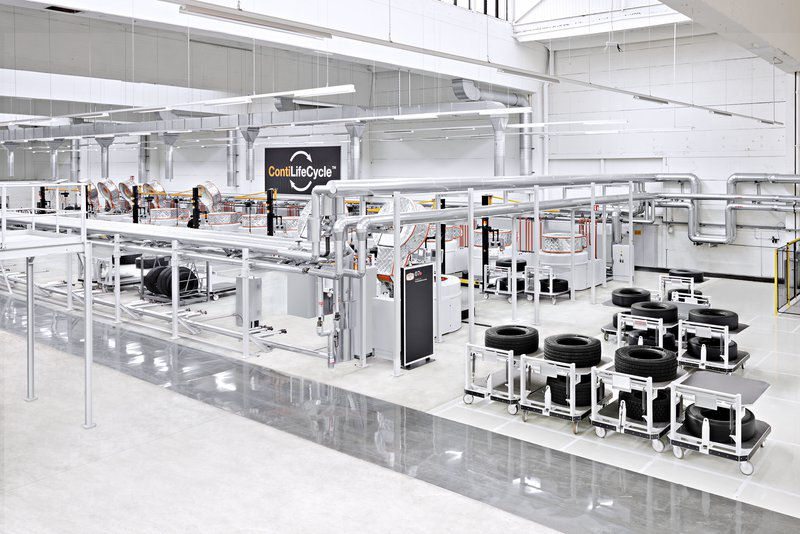 Following a two-year planning and construction phase, Continental reports the successful implementation of the first operational phase at its ContiLifeCycle facility in Hannover, Germany. “Following the official plant opening last December, the series production of retreaded tyres began in the plant at the start of the year,” reported the tyre maker on 13 June. “With this, important goals in regards to product characteristics have already been achieved. Furthermore, additional process-related enhancements are expected due to ongoing process improvements.”

The ContiLifeCycle plant’s integrated approach includes the mould and pre-cure retreading of truck and bus tyres plus an in-house developed rubber recycling facility. Tyre buffings from the retreading process are processed and reused as a raw material in tyre rubber compounds. The retreading facility in Hannover has an annual capacity of 180,000 tyres.