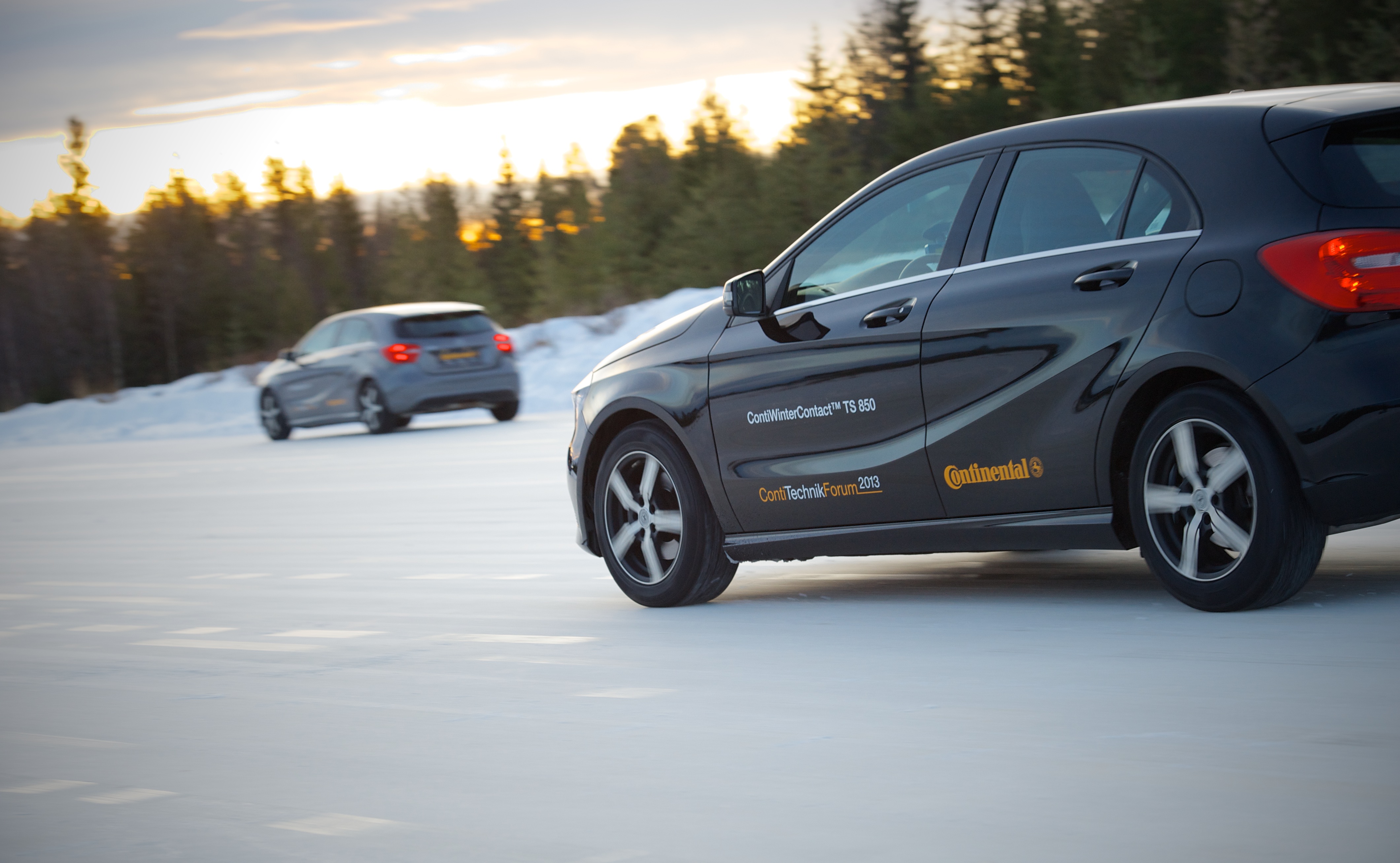 Continental launched its latest winter tyres in December at an event held at the winter proving ground at Arvidsjaur, Sweden. The manufacturer’s new WinterContact TS 850 P will come to the performance car and SUV market in the autumn of 2014, delivering improvements over its TS 830 P predecessor in snow handling, dry handling and braking on varied surfaces. The manufacturer’s new Nordic inspired tyre, the ContiVikingContact 6 was also launched, and will be available in northern European countries, including Russia. During the launch, Conti took the opportunity to introduce its team of tyre carvers, who demonstrated the skilled work that goes into handmade tyres used for testing prior to moulds being made.

The Continental WinterContact TS 850 P (the first tyre to adopt the new nomenclature of dropping the “Conti” prefix) has been given a new asymmetrical tread design suitable for the performance cars and sporty SUVs – the tyre will be joined by an SUV version due to launch in February (see Tyres & Accessories’ March issue for more details). Superseding the ContiWinterContact TS 830 P and the ContiCrossContact Winter gradually, the WinterContact TS 850 P offers three significant improvements.

First, Conti says there will be a five per cent improvement in snow handling, achieved through higher angles and closer spacing of sipes on the inside shoulder. The tyre also has more tread blocks on the surface of the tread, increasing substantially the number of lateral edges. The sipes in the centre tread and on the inside of the tyre can take up more snow and create snow-on-snow adhesion – try rubbing two freshly rolled snowballs together for a demonstration of the sticky properties of snow on snow. The friction created helps achieve this improved handling.

The importance of sipes and their arrangement on winter tyres might lead you to ask how they are tested prior to the mould stage. Conti’s tyre carvers provide the answer. Using years of experience – Conti reckons you need two to start doing the job – the manufacturer’s 17 carvers use hot handheld cutters to provide a tread with sipes as per the designs ready for initial testing. Rainer Hein, head of the company’s test tyre carving centre processes just under 2,000 tyres every year. Making a summer tire requires around six hours of work, while a more complicated winter tyre like the WinterContact TS 850 P can take as long as 40. It remains the most economical method, since moulds are a far greater monetary investment.

Winter tyres’ dry handling abilities are strongly influenced by the stiffness of the tread, and once again, the sipe design is key to achieving greater rigidity. Those on the outer shoulder of the tyre are designed to increase block stiffness, helping to increase steering responsiveness when cornering. The sipes and blocks on the inside and centre of the tread support each other to generate a further increase in grip, while a shorter sidewall supports the rapid build-up of lateral forces.

Finally, Conti revealed that the developers of the new tyre had used a common feature of asymmetric summer tyres – two uninterrupted bands in the centre of the contact patch – to help increase braking speed. The band structure prevents the tread blocks from tipping, so that the high forces encountered when braking can be transmitted onto wet or dry roads. They also increase braking grip while cornering, since the blocks’ flexibility increases the size of the contact patch. The tyre reduces stopping distances by up to five per cent, Conti says.

The new ContiVikingContact 6 is designed to cope with driving on snow and ice-covered roads in urban areas and on cross-country routes. The tyre has a soft-compound asymmetric tread for improved lateral guidance on dry roads, with stiff double tread blocks taking the load in a similar way to the TS 850 P. The sipes on the central contact patch are designed to interlock securely with icy roads, with a large number of gripping edges, which act like a windscreen wiper in the contact patch, cutting through the liquid layer that forms under the tire and helping to prevent aquaplaning.

The inner tread has large, inward-arching blocks for snow grip. They are separated by narrow grooves running longitudinally around the tyre, interlinked by small bars. These blocks have a similar effect to snow chains, using snow-to-snow friction for improved adhesion. The zigzag sipes also contain small bars, preventing them from closing up under load, so they can fill with snow and continue to deliver grip on snow-covered surfaces. This construction also gives the tyre additional stability under braking.