You are here: Home1 / News2 / International News3 / Groundbreaking for Toyo expansion in US

Groundbreaking for Toyo expansion in US 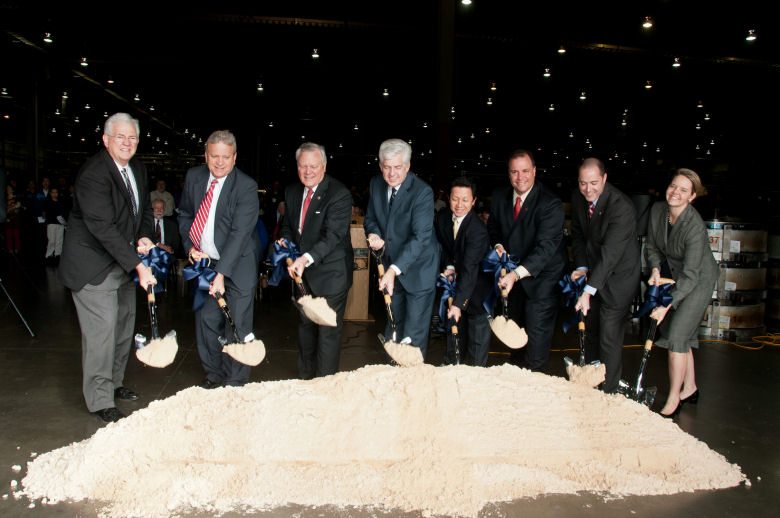 Initial groundbreaking at the White plant, which features Toyo’s proprietary A.T.O.M. (Advanced Tire Operation Module) automated production system, took place in 2004. At the time the first tyre was produced in early 2006, TNA employed a staff of 81 people; since then it has undergone three expansion projects, more than doubling the size of the facility and boosting the workforce to more than 1,000. This new investment will result in the creation of a further 650 new jobs in the region. TNA achieved ISO 14001:2004 Environmental Management Systems certification in September 2013, and on 27 November the facility produced its 20 millionth tyre.

“We are proud to manufacture tyres for North America, on North American soil,” said TNA president Jim Hawk. “This plant, and the people who work in it, play an important role in supporting consumers and our dealers as demand for our products continues to grow. This fourth expansion will help us answer that demand.”

Revenues down, profits up at Stamford Tyres