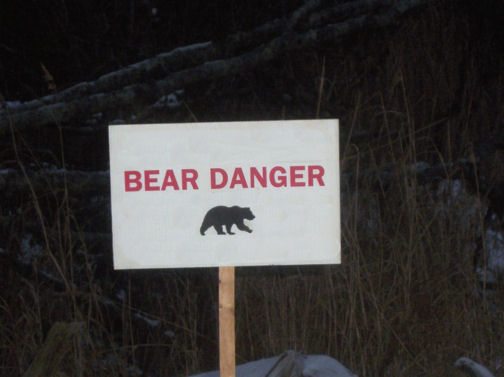 The Grizz, aka Maurice Taylor, would have growled at Titan International’s designation as Zacks Investment Research’s ‘Bear of the Day’ on 13 November. Explaining why Titan was Zacks’ Ursidae of choice yesterday, Tracey Ryniec, a strategy analyst with the investment industry firm, opined that Titan International continues to suffer from a build-up in tyre inventory in the farm and construction industries and weak pricing. The tyre maker is currently ranked number five on Zacks’ “Strong Sell” list and Ryniec noted that Titan is expected to see its earnings decline 50 per cent in 2013 due to tough market conditions.

“When agriculture and mining was booming, tyre sales were too,” wrote Ryniec. “In 2011, farmers took home record income and Titan’s earnings jumped 253 per cent. But excess inventory that has been dropped into the aftermarket from the farm, construction and mining industries has impacted pricing.”

Titan International’s earnings per common share in the third quarter of 2013 amounted to US$0.14, 11 cents lower than the ‘Zacks Consensus’. Ryniec observed that quarter three was the fourth quarter in a row that Titan has fallen short of the consensus. Gross profit fell to 12.6 per cent of net sales, or $62.5 million, from 16.6 per cent of sales, or $67.2 million, in the third quarter of 2012. And while the agricultural segment held steady, a decline once more took place in the earthmoving and construction segments.

The fourth quarter looks unlikely to offer any sort of turnaround in these businesses. In his full-year outlook, Titan International chairman and CEO Maurice Taylor said “The market in construction and mining tyres has been soft the last few quarters and, with the lower cost of materials, tyre prices will be dropping through the end of the year. The mining companies, I believe, will be dropping their tyre inventory from 14 months to 6 months and then buying what they use going forward at lower prices.”

Ryniec shared that analysts continue to see weakness at Titan International in 2013 and are also unsettled about 2014. Five analyst estimates for 2013 have been lowered, pushing the Zacks Consensus down to $0.93 from $1.28. She added that this represents an earnings decline of 50 per cent, as Titan made $1.83 in 2012. Analysts expect a small rebound in 2014, however five estimates for next year have also been cut in the last 30 days. The Zacks Consensus for Titan International in 2014 has fallen to $1.05.