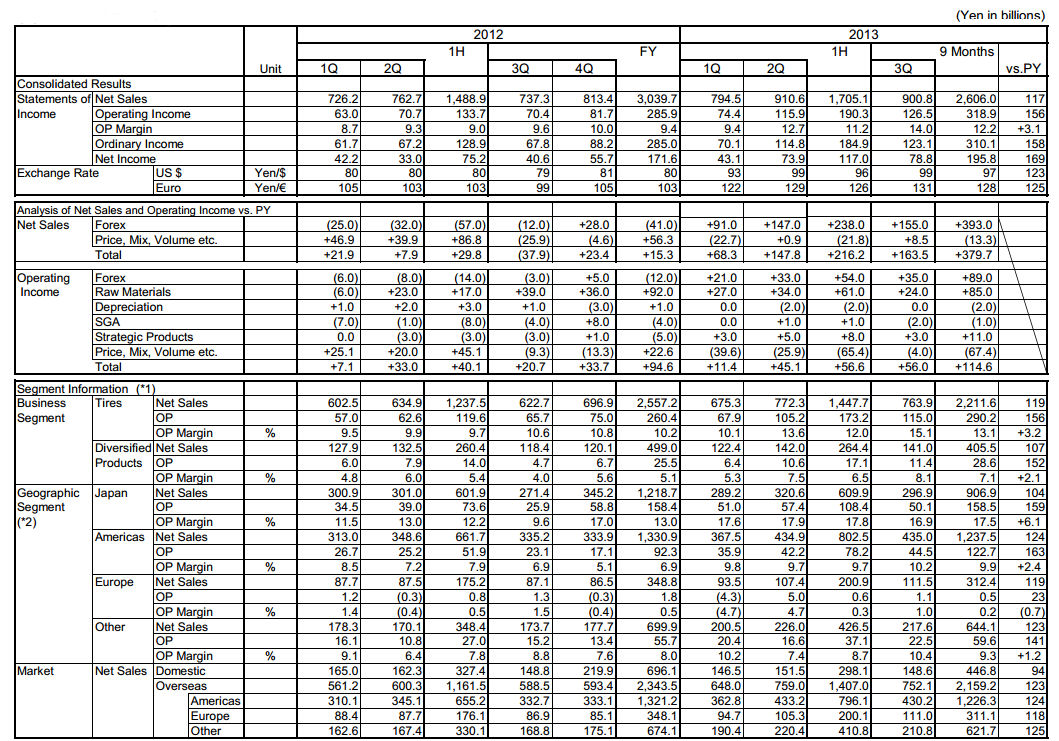 In Europe, unit sales of passenger car and light truck tyres decreased compared to the first three quarters of fiscal 2012, while unit sales of truck and bus tyres increased strongly due to an increase in replacement market tyres. European net sales of both tyres and diversified products amounted to ¥312.4 billion (£2.0 billion) in the first nine months of the year, a year-on-year increase of 19 per cent, and ¥111.5 billion (£703.3 million) in the third quarter. Nine-month and third quarter operating profits and margins were ¥500 million (£3.2 million) and ¥1.1 billion (£6.9 million), and 0.2 per cent and 1.0 per cent respectively. Commenting on the market environment encountered in Europe during the first nine months of the year, Bridgestone wrote on 7 November that “although the European economy has shown signs that it had bottomed out, it remained stagnant.”

In an initial impression of the results, analyst Kurt Sanger from DB Equity Research Automotive commented that although Bridgestone’s operating profit was “inflated by an accounting issue” in the third quarter, the company’s core results were still “incrementally positive” in comparison with Deutsche Bank estimates. “The vibe was certainly better than other recent global tyre majors on mining tyres and overall pricing trends,” opined Sanger. He added that although the implied fourth quarter operating profit, at ¥80 billion (£504.6 million), is “weak”, DB Equity Research expects the market to see this as “simply a lack of change in the company full-year forecast.”