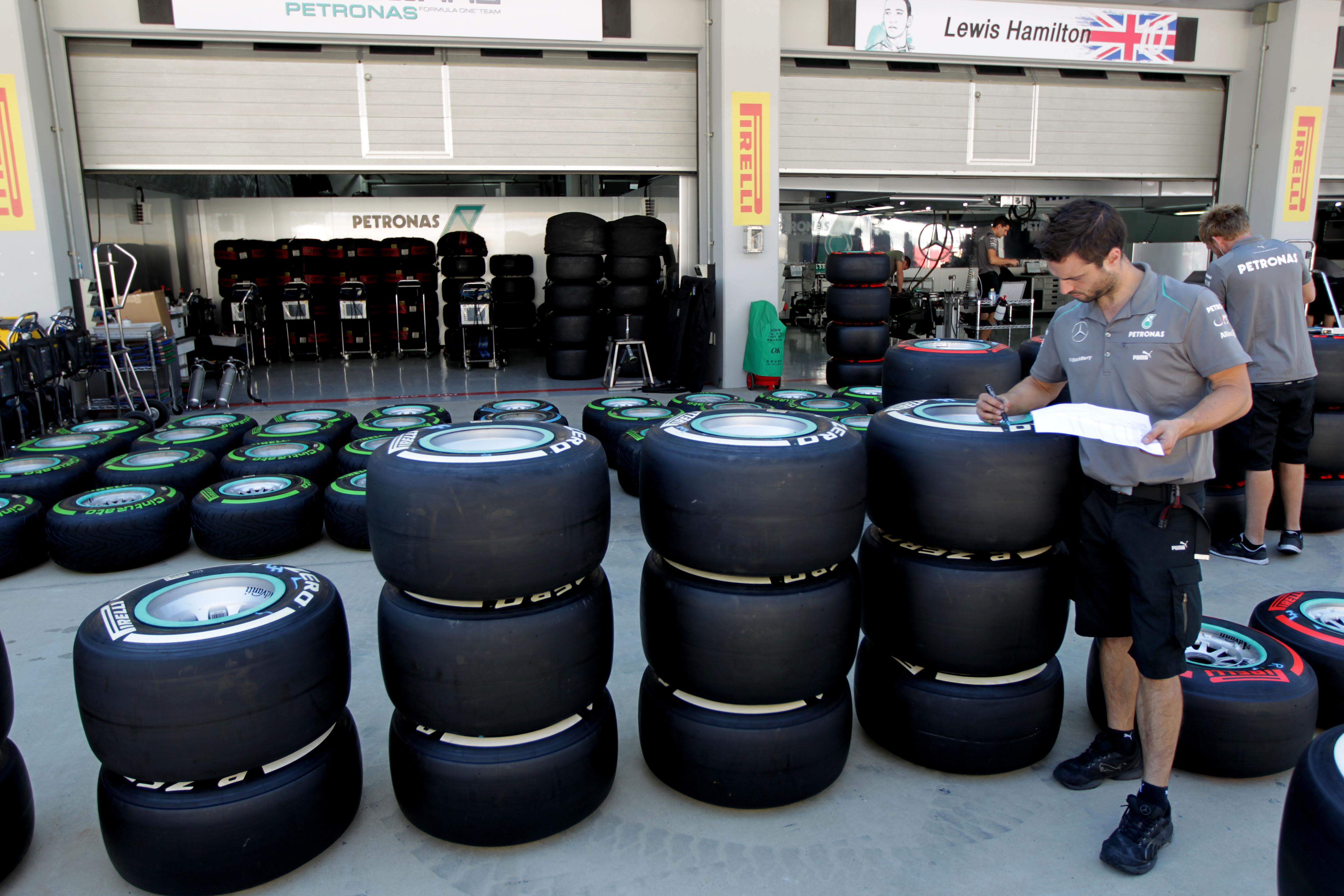 The Mercedes team’s tyre allocation for the Korean grand prix – Pirelli appears to have secured a lengthy five year deal with the 11 F1 teams and the rights holder; only FIA confirmation remains pending

Paul Hembery has given the strongest indication yet of a longer term future in Formula One for tyre supplier Pirelli. While there had been speculation that the manufacturer had secured the supply deal for 2014 only, the company’s Motorsport director told reporters at the Korean grand prix that the exclusive tyre supplier is “working on five years”, meaning Pirelli would be in the series until at least the end of the 2018 season.