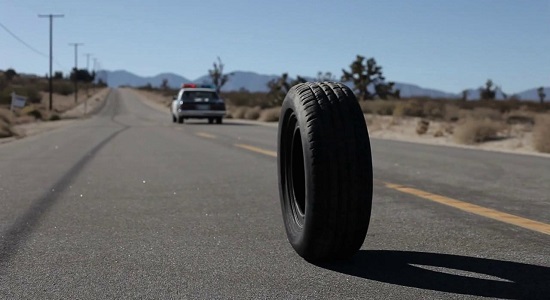 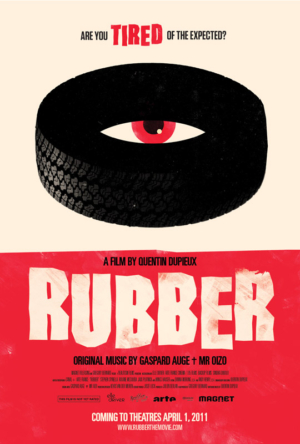 You may remember a February report from tyrepress.com drawing your attention to a new serial killer movie named Rubber, and starring a sentient tyre as its antagonist. While Tyrepress then described the chance of it appearing on British screens as “unlikely”, the film has garnered enough support to be shown in the Critic’s Choice programme of the world’s most (in-)famous film festival in Cannes, France. You can see the (beautifully photographed) trailer below.

The first reviews of the film have been a mixed bag. Alex Billington, writing on firstshowing.net, describes the film as “one of the most buzzed about” in ‘Semaine de la Critique’ (perhaps a reflection of director Quentin ‘Mr Oizo’ Dupieux’s French nationality), before concluding, “Good or bad, pointless or not, it was at least a very unique experience.”

Sukhdev Sandhu, of British newspaper website telegraph.co.uk, was less willing to go along for the ride: “How could it not be brilliant? By, at 85 minutes, being an hour too long. By being arch rather than schlocky. And by wasting too much time on dull dialogue celebrating its “No Reason” philosophy.”

On the whole, though, critics were impressed by its composition: “the film is beautifully shot and formally composed”, said New York’s Logan Hill, while Allan Hunter in Screen said “Rubber’s originality and winning humour combine to make it one of the guilty pleasures of Cannes 2010.”

As of November 2021, the film is available online at specialist film streaming service Mubi, or to rent on Amazon Prime Video.