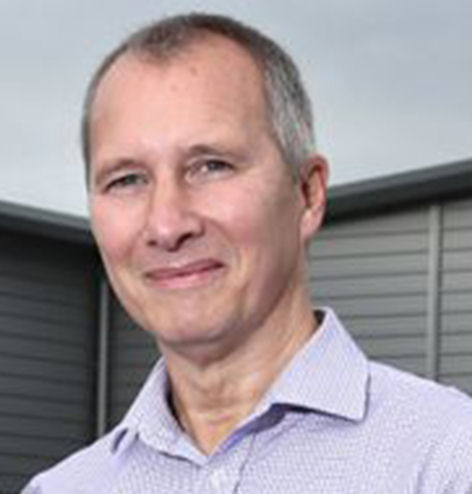 After more than 20 years with Ecobat Battery Technologies, managing director Steve Sheppard has stepped down from his position, six years after being diagnosed with Parkinson’s. Russell McBurnie succeeds him as managing director.

Steve Sheppard joined the business – then known as Manbat – in 1999 as the company’s sales director, overseeing the opening of the Bristol branch and going on to help Roger and Mike Pemberton transform the business from a regional distributor, into a major player in the battery distribution sector. Ecobat Technologies acquired the business in 2009 and appointed Sheppard managing director of Ecobat Battery Technologies UK and Ireland, the name of the Ecobat Group’s new, battery distribution division.

Over the last decade, Steve Sheppard has been at the helm as the company has grown, both organically and through several acquisitions, and expanded into other complementary battery sectors, but always pursuing the original Manbat ethos of providing expert knowledge and work with its customers to grow their battery business. Under his direction, the business grew from four to 14 branches, including specialist industrial sites and a main UK distribution hub, based in Shrewsbury.

Sharing ownership of the vision

“My greatest achievement has been to install a belief in the people, at all levels of the business, that we could become a major player, so they have shared in the ownership of the vision. This is what has made Ecobat into a £70 million plus business that distributes in excess of 1.6 million batteries annually,” shares Sheppard.

“Operating with the challenges of the COVID-19 pandemic during my last year with the company, will naturally stay with me. I have obviously been less involved as the transition to the new management has taken place, but I have watched the employees pull together in a fantastic manner to ensure that the company continues to provide a high level of service and performance, whilst having to adapt to new working practices, in order to keep each other safe.

“The Manbat/Ecobat community has always been a close one, and I will be recollecting experiences and smiling to myself for many years to come.”

Announcing Sheppard’s retirement, Ecobat comments that it “is obvious from the compliments made by so many of his colleagues, with ‘level headed, quick thinking, and calm under pressure’ stated again and again as being among his many attributes, that Steve has had a tremendous impact, not only on the business, but with its personnel – the people that ultimately make the company.”

Commending Steve Sheppard for his dedication and professionalism, divisional managing director Russell McBurnie said: “Steve knows everyone within our business and will afford time to anyone who needs it. A great people person, he has formed strong and lasting relationships, engaging staff, customers and suppliers alike. Steve’s contribution and dedication to Ecobat has made it what it is today.”

General manager Kevin Wood, who has worked with Sheppard for more than 20 years added: “Steve has a great ability to make a connection with anyone he meets. His belief in our offering, service and staff have driven Ecobat to be a national distributor and a major player within the industry.”

“Steve has been a great asset to Ecobat over the years; he is the epitome of professionalism, honesty and integrity,” say commercial director Paul Payne and Ecobat Industrial & Specialist managing director Andy Cooper.

“However, ‘a genuinely nice guy, that deserves the very best in his retirement’ perhaps best sums up the man’s incredible contribution to, not only Ecobat, but the aftermarket and battery industry,” concludes the company.