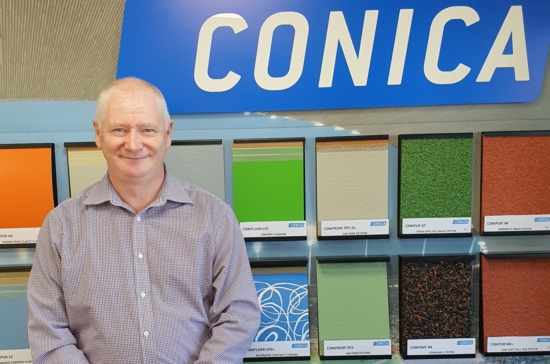 After almost 20 years with Conica, the company’s operations director, John Bramwell (pictured), is retiring at the end of October (Photo: Conica)

After almost 20 years with Conica, the company’s operations director, John Bramwell, is retiring at the end of October. Commenting on his retirement, company representatives said Bramwell “has been a fundamental part of everything the company has achieved and will leave Conica with one of the best truck tyre recycling plants anywhere in the world.” In addition to his leadership role at Conica, Bramwell also represented the industry in a number of roles, including as a director of the Tyre Recovery Association (TRA).

At the same time, Conica also announced that Mike Hill joined the business on Monday 7 September as head of operations. Hill most recently worked for Siemens Mobility in Lincoln and brings with him mechanical, hydraulic and electric/electronics engineering experience gained during his time with the RAF (working on fighter jets) and with Siemens.

John Bramwell commented: “The company and indeed the world was a different place back in January of 2001 when I started at Charles Lawrence Recycling. What struck me then was the self-sufficiency the company had and the commitment of the work force.”

”Nearly 20 years on it is still there in abundance, we, ‘my team’ have doubled tyre intake and output in that time, remaining at the forefront of development. It is the same management team I had when I joined and I thank them so much and wish the company every success in the future. I am off to enjoy my ‘retyrement’!”