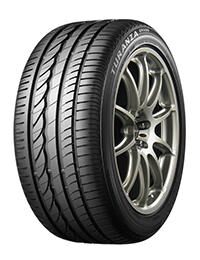 In January 2015, Bridgestone filed a lawsuit claiming that New Tyre’s manufacture and sale of tyres featuring the Turanza trademark and Turanza ER300 tread pattern infringed Bridgestone’s trademark and trade dress rights. In December 2016, the São Paulo Court of Appeals ruled in favour of Bridgestone and ordered New Tire to cease infringing and pay damages. The quantification phase ascertaining the figures owed by the Defendant was concluded in March 2020. According to Bridgestone, this decision is a “very important leading case for the recognition of the trade dress infringement of tyres by the Brazilian Courts.”

Commenting on the news an official statement said: “Bridgestone takes the unauthorized use of its intellectual property very seriously and will continue to vigorously enforce its rights against infringers. Through its enforcement activities, Bridgestone seeks to protect and enhance the company’s goodwill and hard-earned brand value.”