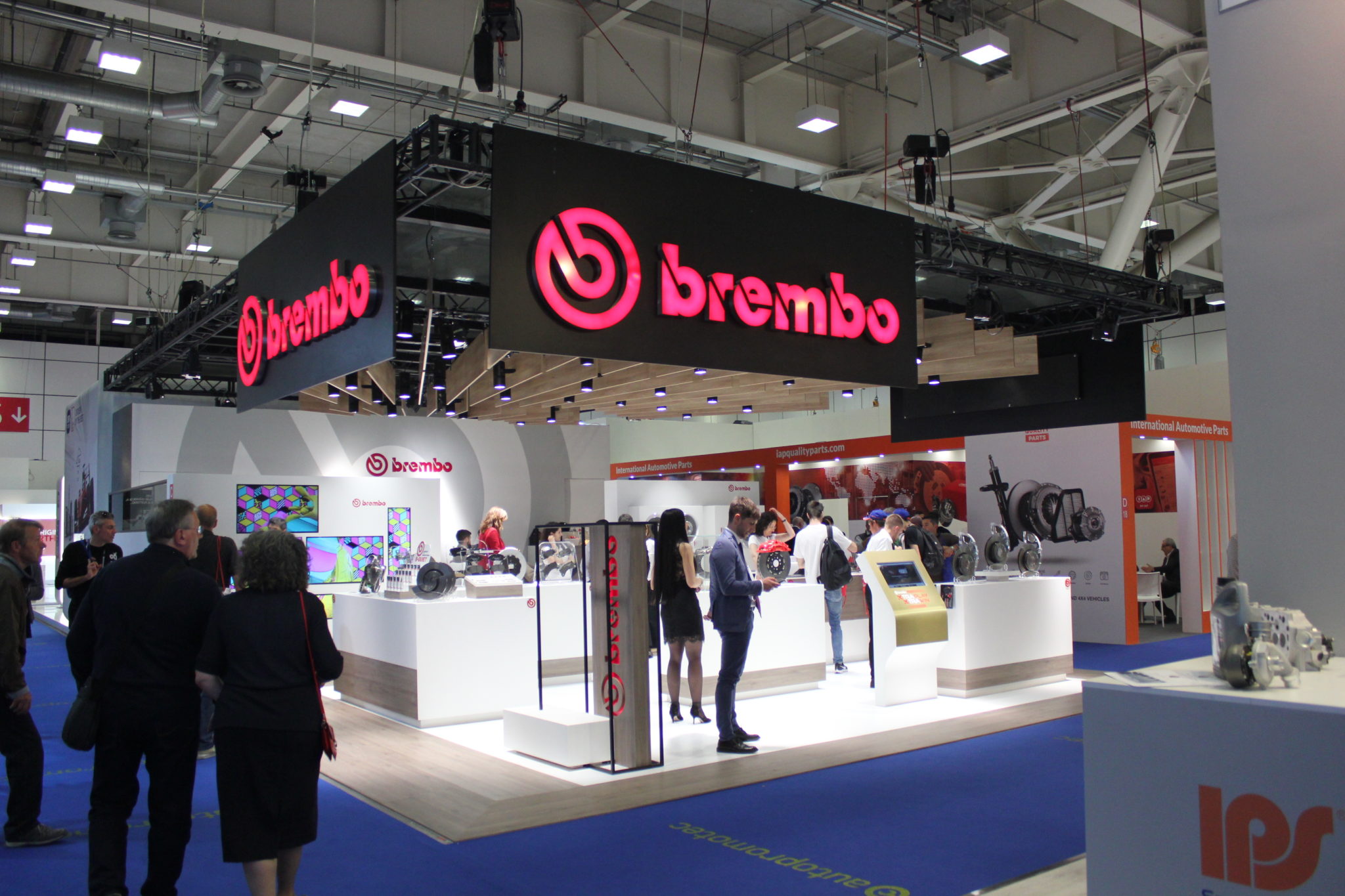 Brembo exhibited a range of new products at Autopromotec, but the overall message was one of premium performance matched with premium distribution

In short, the goal of the Xtra range is offer an even higher level of performance for the most discerning and demanding customers – those falling along the UHP to track day spectrum. These products are already available for a wide range of cars including souped-up Ford Focuses, VW Golfs and Audis.

The Xtra range features a specific drilling, which combines an attractive aesthetic (enhanced by the UV painting) top performance in any braking conditions. According to the company, the Brembo Xtra range has been developed by Brembo’s R&D Department and based on experience with the most prestigious car makers and with the world of racing competitions.

Brembo representatives explained that the Xtra range offers more grip, cleaning and renewing of the brake pad, superior performance in the wet, and brake system cooling.

Grip is enhanced by the presence of the holes on the brake disc. The holes also result in a “quicker and more effective response from the braking system”. At the same time, the holes produce a “scraping” effect which cleans the surface of the pad from material deposits and also prevent small amounts of ferrous material coming from the wear of the brake disc deposit in the friction material.

Furthermore, the drilling also allows the thin layer of water that may deposit on the braking surface to be interrupted. For this reason, even in the event of driving on wet roads, the system responds efficiently.

At high operating temperatures the combustion of the resins the brake pad is made of generates gases which can cause a reduction in the friction coefficient between brake pad and disc. However, the presence of the holes allows the rapid expulsion of these gases, quickly restoring optimum braking conditions.

During the design phase, the Brembo engineers studied the number, dimension, shape and position of each hole. As a result, these are specifically designed and tested for each individual disc of the Xtra range. 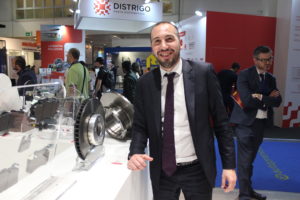 Brembo also presented its Co-Cast disc during Autopromotec. According to the company, the Co-Cast disc was made to replace the composite discs in the aftermarket range for the most recent premium applications on the Mercedes, which Brembo is already the OE on.

So, what does Co-Cast mean? First a steel hat is obtained through a pressing process and is then positioned in the mould during casting before the liquid cast iron is introduced at a temperature of 1,400 degrees Celcius. It is subsequently connected to the braking surface as the cast iron solidifies around special steel teeth on the hat.

The result is a lightweight disc made up of a high-carbon cast iron braking surface and a steel hat, coupled during a special casting process that ensures perfect interchangeability with the original disc as well as increased performance and reduced weight.

Distributed through the Brembo Expert network

While each market in Europe has experienced growth, Italy is said have particular “good” demand for premium brake products. Still, wherever Brembo products are sold they need to be fitted by reputable automotive centres. That’s where the Brembo Expert network comes in. Brembo Experts are independent garages that can demonstrate that they have attained the right quality standards and the writing purchase experience for the consumer. The benefit for centres that can achieve these standards is a suite of training and information support from Brembo.

The Expert network has been rolled out across Europe, adopting a similar approach in each market. The Expert concept is not new – it has been going for several years in Italy – but it only arrived in the UK in April. Still, take is said to have been “fantastic”, with 70 garages signing up in month one. The goal is to reach 300 by the end of 2019. Nevertheless, as fast as take up has been progressing, Brembo was to keep standards high and respect geographical boundaries.

So, whether we are talking about premium products or distribution, if you had to summarise recent developments at Brembo, you could say they are designed to offer something extra.