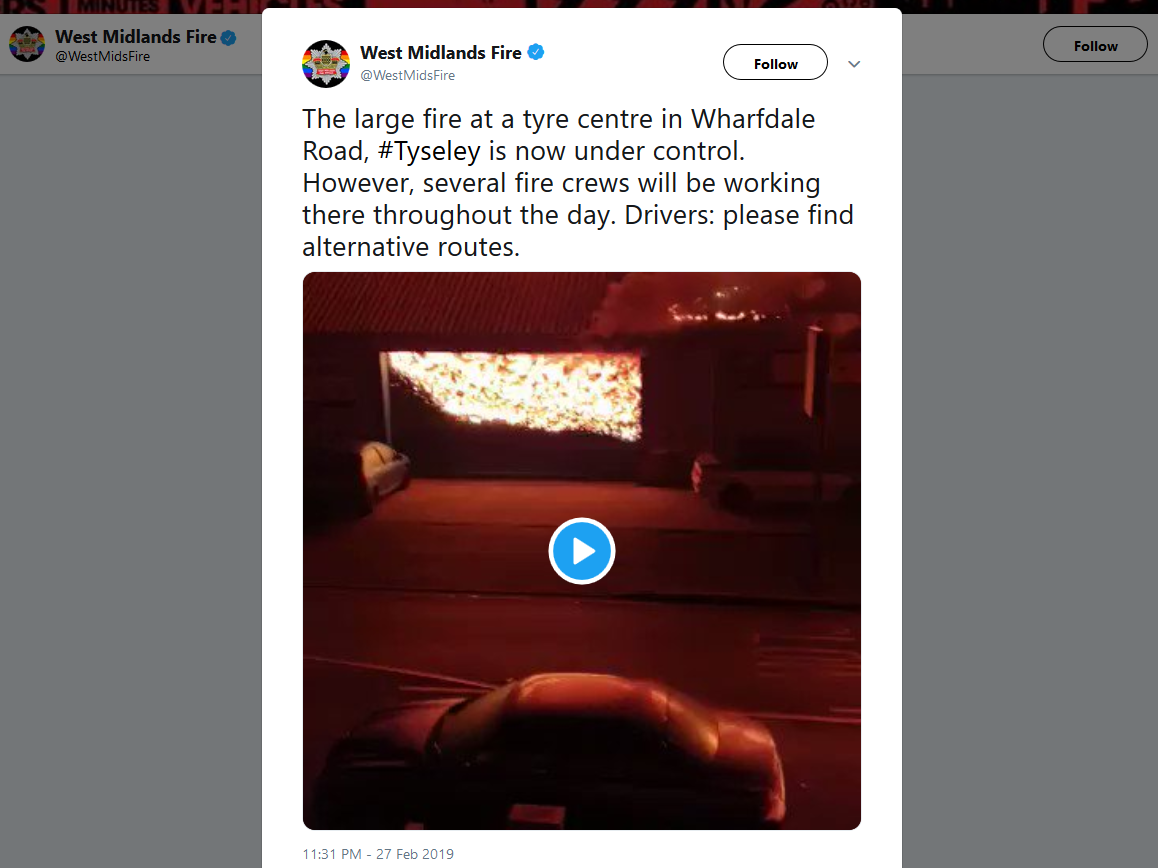 A tyre fire in the early hours of 28 February has “totally destroyed” Tornado Tyres’ centre on Wharfdale Road in the Tyseley area of Birmingham. More than 100 firefighters attended the fire, as residents in the local area were told to keep all windows and doors closed. Wharfdale Road and Redfern Road were subject to closures as fire crews gained control over the blaze. After the fire was extinguished, West Midlands Fire Service area commander Neil Griffiths told local BBC News sources that the four outside walls were “the only thing left”. The service tweeted updates from the site, posting a video update in the morning.

📹 Video update on Tyseley fire as of this morning. pic.twitter.com/EveVbFys3n

Tornado Tyres’ Abid Mahmood, who has owned the business for ten years and lost a pet dog in the fire, told the BBC that he did not know what had happened, and that “Someone may have done it deliberately because tyres don’t burn easily.” Contrary to this view, stored tyres are considered to present a high risk of fire. Tyre fires are notoriously difficult to extinguish.

The large fire at a tyre centre in Wharfdale Road, #Tyseley is now under control. However, several fire crews will be working there throughout the day. Drivers: please find alternative routes. pic.twitter.com/ylbIgBHKfH