You are here: Home1 / News2 / UK News3 / Seatbelts save lives and are for everyone – British Safety Counc...

Seatbelts save lives and are for everyone – British Safety Council 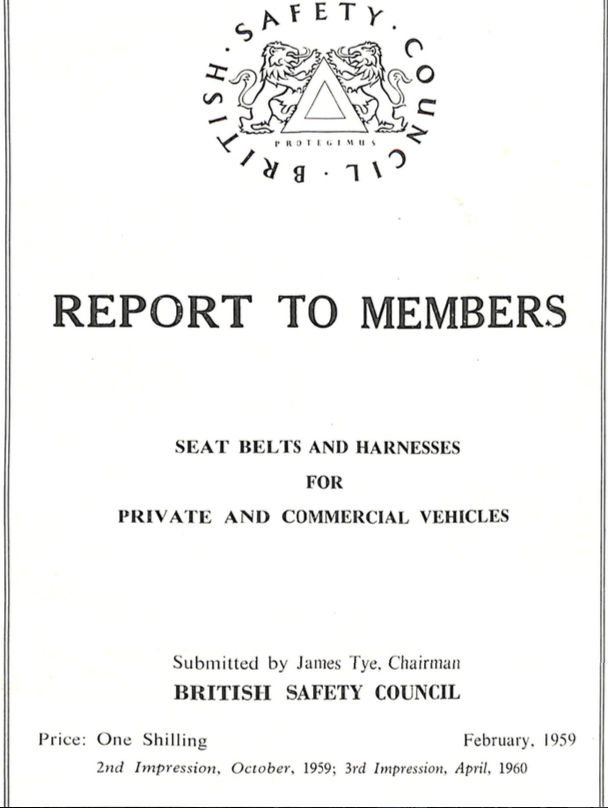 The British Safety Council campaigned tirelessly for over twenty years until wearing a car seatbelt while driving become a legal requirement in 1983. Department for Transport has estimated this has saved 2,000 lives a year but recent events involving the Duke of Edinburgh remind us why we need to keep repeating this message.

The British Safety Council’s charismatic and often controversial founder James Tye was an advocate of the use of publicity to drive safer behaviours, and he regularly involved celebrities like Barbara Windsor, Cliff Richard and Stirling Moss in his campaigns. One of them involved painting white crosses on cars with many dents (as evidence of careless driving).

When it comes to death by driving, titles are no protection from harm and the law applies to everyone. Flouting this law is a poor example to set. James Tye didn’t hesitate to berate the Queen for not wearing a helmet while riding and reprimand Princess Anne and Prince Charles for driving their children without wearing seatbelts. The campaign to make the wearing of seat belts mandatory was kickstarted following Tye’s production of one of the first reports on the need for seat belt laws in 1959.

Matthew Holder, head of campaigns at the British Safety Council, said: “The times when critics of the seatbelt regulations accused the government of operating a nanny state and limiting their personal freedom and comfort are long gone. Thirty years of statistical evidence supported by testimonies of people who survived horrific car accidents and lived to tell the tale should be the ultimate proof that the seat belt laws were introduced to save people’s lives.”

“Lawrence Waterman, chairman of the British Safety Council, said: ‘Before the disaster occurs, health and safety is seen as ‘a burden, a nuisance, a bureaucratic, horrible thing that I’ve got to work through’. Once the disaster has occurred, everyone says ‘someone should have done something to stop this happening’.

“Last week’s incident, involving a senior member of the Royal family, proves that point. The fine of up to £500 for not wearing a seat belt was introduced as a deterrent for reckless drivers but it clearly does not influence the behaviours of all road users. People in a position of public influence who flout the law send the wrong message to the rest of us. We should not underestimate the potential human cost of such behaviour.”

Trico to continue Tockwith Motorsports partnership in 2019
Scroll to top