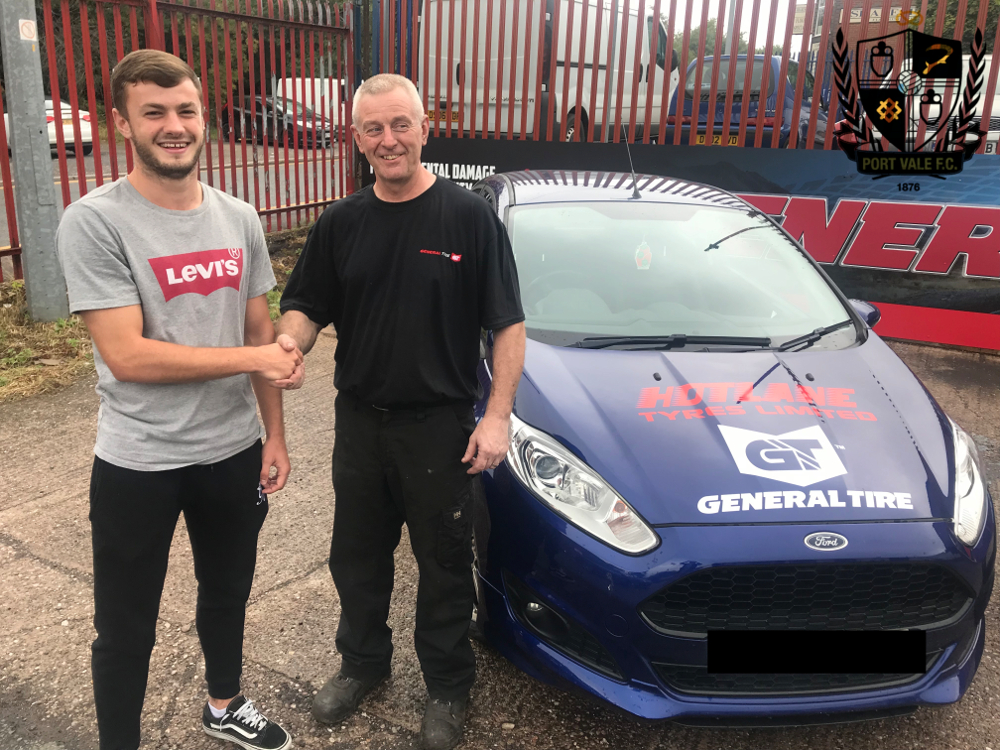 Stoke-on-Trent’s Hot Lane Tyres, a family run business owned by Russ Cartwright, has announced its sponsorship of promising Port Vale FC full back James Gibbons. The sponsorship is part of Hot Lane Tyres planned marketing programme for 2018 and beyond.

Hot Lane Tyres became a General Tire performance partner as part of Cartwright’s commitment to provide his customers with high-quality, competitively priced tyres, the company states, helped by the backing of Continental’s second global brand with a free, comprehensive accidental damage warranty. The four-strong team at Hot Lane Tyres are all expert tyre fitters and come with a combined industry experience of over 50 years.

Gibbons progressed through the academy system at Port Vale, with his impressive performances for the youth team rewarded with a professional contract in 2016. 20-year-old Gibbons made his first-team debut for Vale on 4 December 2016 as a substitute during a 4-0 FA Cup victory over Hartlepool United at Vale Park. A Stoke local, Gibbons was named as the club’s Young Player of the Year at the end of the 2017–18 season and has signed with Port Vale until 2019.

Cartwright commented: ”Our partnership with Port Vale Football Club via player sponsorship is a crucial part of our marketing strategy that allows us to communicate our General Tire offering across the broader Stoke Community via the clubs well-established channels and large fan base. As a business, we’re always keen on engaging with the community and supporting our locals. James being a local lad with great potential, the partnership is ideal for us.”

“Port Vale are delighted to secure the player sponsorship of James Gibbons through Hot Lane Tyres which has resulted in a great initiative that will benefit the club and our supporters,” adds Debbie Quaile, sales & marketing manager of Port Vale FC.

“The club value the importance of working with local businesses and organisations and are always looking to establish positive working relationships in the community. Hot Lane Tyres are already considering options for pledging further support to the club for the rest of the season, such as exclusive discounts for Port Vale season ticket holders. We are excited to see how this latest partnership will develop.”