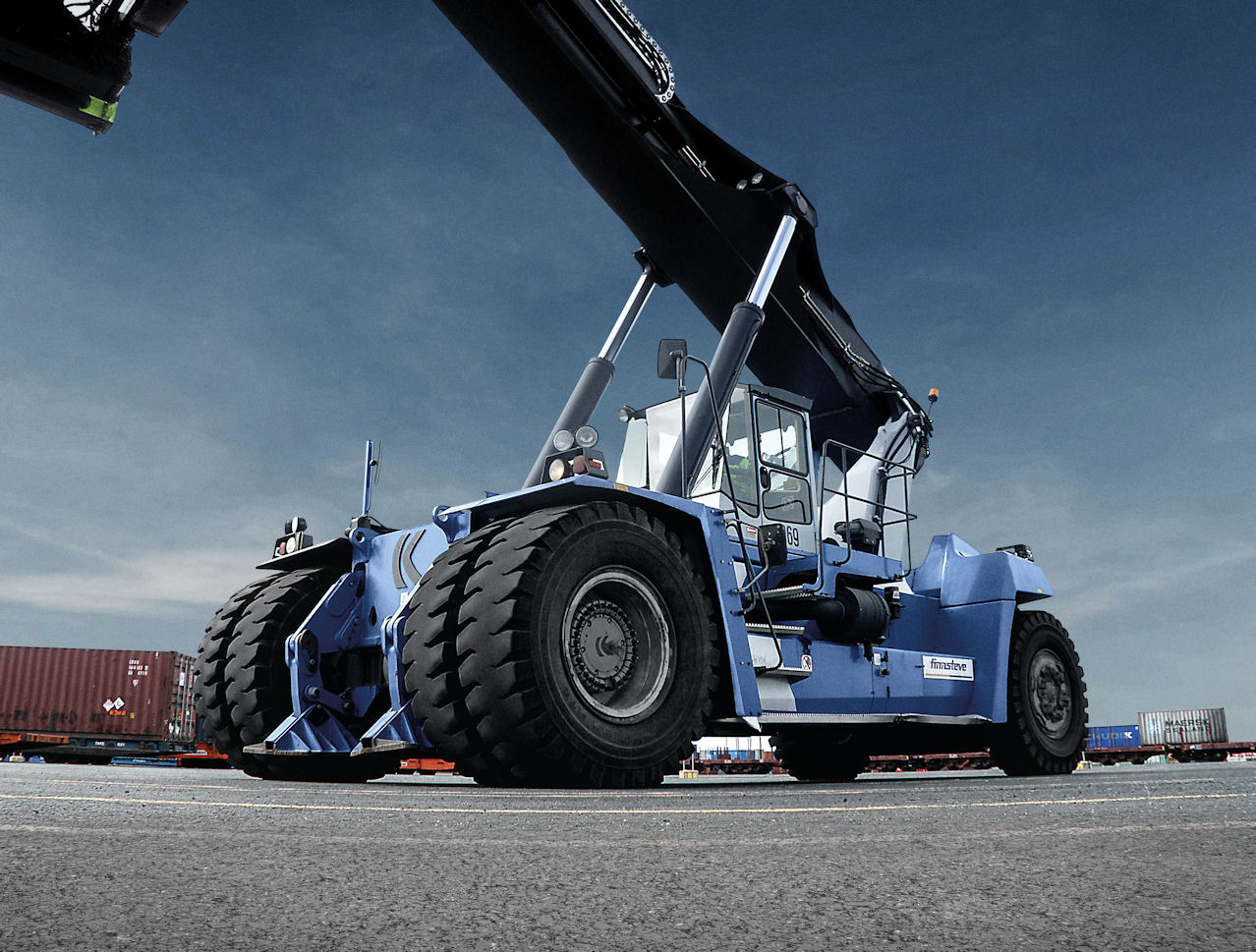 Nokian says tests show the HTS G2 to be “even more rugged, efficient and safe” than its predecessor

This autumn will see the market launch of Nokian Tyres’ second generation of HTS terminal tyres. The Finnish manufacturer says the new Nokian HTS G2 has been designed to be “even more rugged, efficient and safe,” and it reports that tests “confirm that Nokian has succeeded in all these areas.”

The HTS G2 is the successor to a range that’s been available since the early 2000s. Customers can choose between an L-4S slick or treaded E-4 version, and Nokian Tyres comments that regardless of the tyre chose, customers will receive “one of the longest lasting tyres on the market today.”

“The choice of slicks or treads depends entirely on customer preference,” adds Martti Keinonen, project manager at Nokian Heavy Tyres. “The L-4S slicks have more contact surface, which helps extend their life, while the E-4 treads remain cooler in hot climates and over long transfer journeys, which also extends their life.”

Stability and a high load-bearing capacity come courtesy of the multiple layer, cross-ply structure used in the Nokian HTS G2, and as Nokian Tyres notes, “increased stability also means enhanced safety, as it prevents reach stackers from kneeling even when handling the heaviest loads.”

Both the L-4S and E-4 models are produced with a rubber compound optimised for harbour applications, a compound that resists wear on high-friction asphalt surfaces. Under the skin, the tyre’s cross-ply construction is said to ensure the Nokian HTS G2 is “long lasting and reliable.” In regards to whole-life cost, Nokian Heavy Tyres shares that “tests have shown the new generation of tyres to be as much as twice as long lasting as competing tyres, depending on conditions.”

Following the official launch of the Nokian HTS G2 at the TOC Europe 2017 show in Amsterdam on 27 June, deliveries of 18.00-25 size tyres for both L-4S slicks and E-4 treaded tyres begin this autumn. Sales of the larger 18.00-33 size will commence next year.