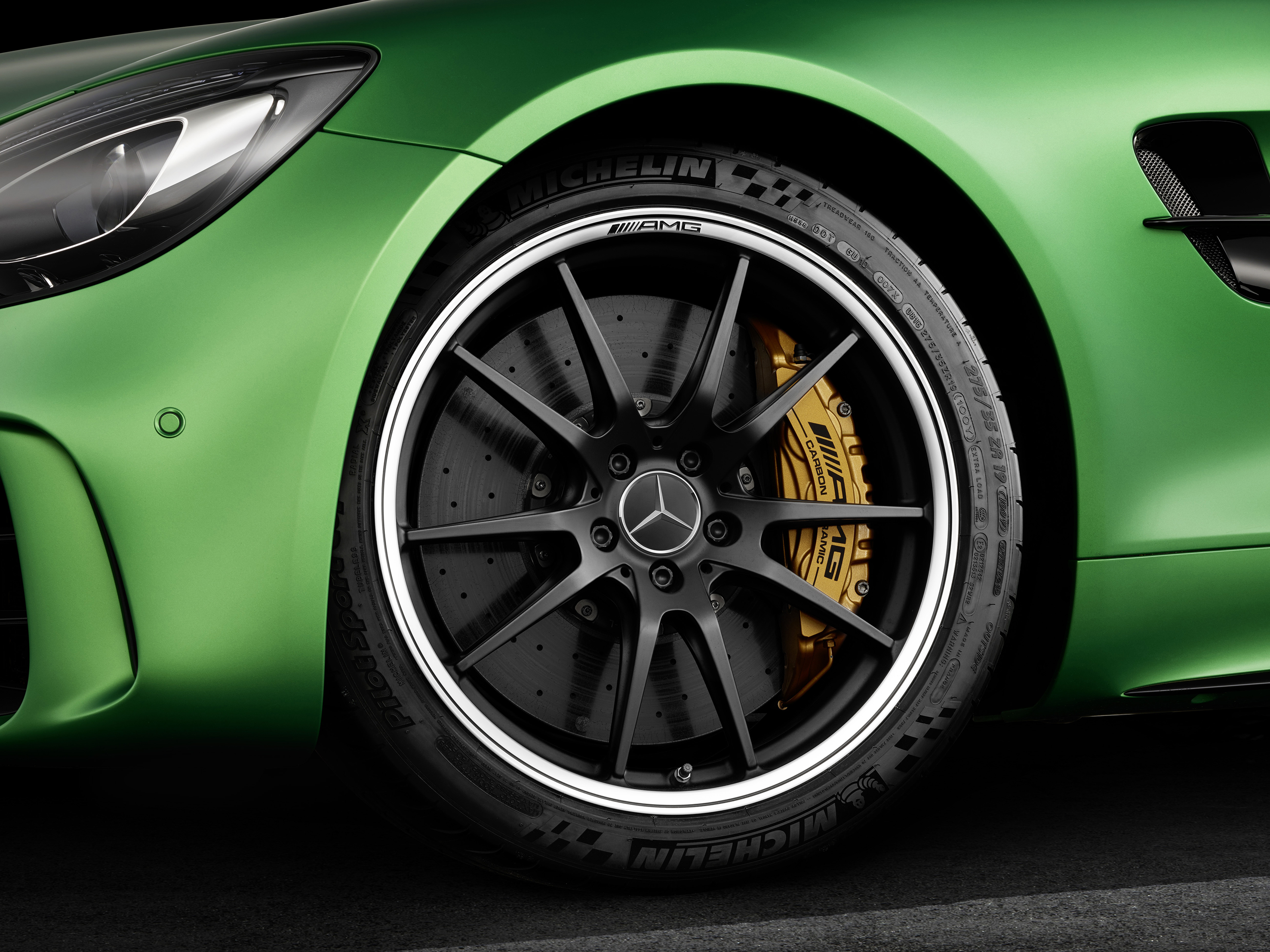 Michelin will supply custom developed versions of its Pilot Sport Cup 2 tyre as the sole track-focused original equipment fitment on the new Mercedes-AMG GT R. The road-legal asymmetric tyres have a single rubber compound developed in motorsport series such as the World Endurance Championship. It is designed to provide balanced handling, grip and endurance on track, the performance characteristics specified by AMG’s engineers. Different versions of the Pilot Sport Cup 2 have featured as OE on the BMW M4 GTS and the Ford Focus RS in 2016.

The GT R, which is named AMG’s “most advanced road car to date,” challenged Michelin’s engineers to design an ultra-high-performance tyre which offers the highest levels of safety in a variety of road and track conditions while not compromising on tyre life – particularly during circuit use. During the 18-month development process, Michelin said it produced and tested almost 900 prototype tyres and 800 pre-series tyres. Testing was conducted by test drivers and engineers from both companies on a number of circuits, including Nardo, Nurburgring and Michelin’s own Ladoux test tracks near Clermont-Ferrand, France.

In addition to the new mono-compound and asymmetric tread pattern, the Michelin Pilot Sport Cup 2 also incorporates Michelin Motorsport’s Track Variable Contact Patch 3.0; the technology optimises pressure in the tyre’s contact patch so the same amount of rubber is always in contact with the road or track while driving in a straight line or cornering.

As well as the bespoke technical elements used inside the tyre, the Michelin Pilot Sport Cup 2 tyres also use Premium Touch effect in the sidewalls, designed to enhance the look of the tyres and homogenise with the aggressive aesthetic of the car.