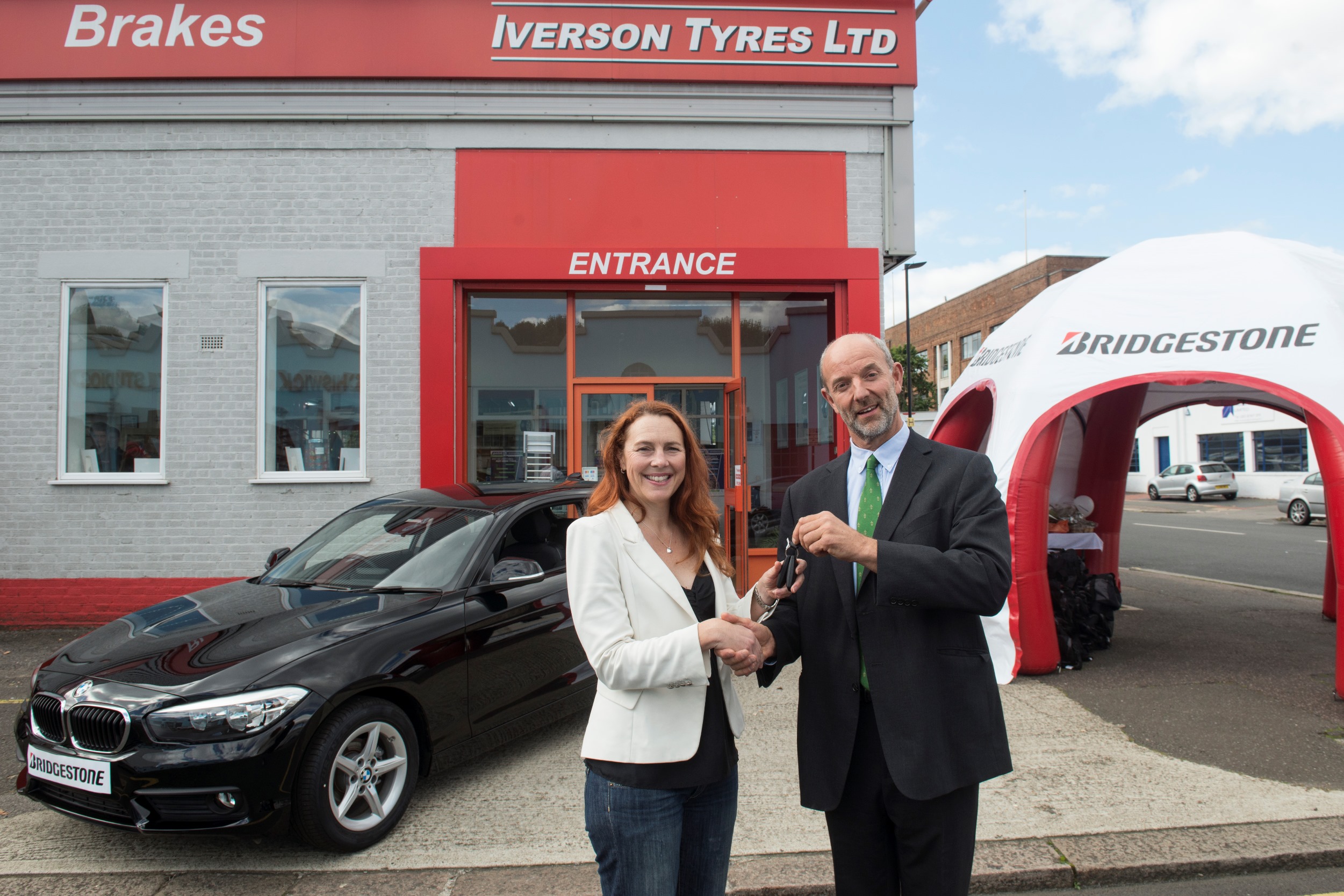 A Chiswick motorist has won a new BMW worth £20,000 in a Bridgestone promotion, having bought a set of tyres at her local Iverson Tyres centre. Two months after Kylie Munnich entered her details online as part of the campaign she was told that she’d beaten more than 5,000 fellow hopefuls across the UK to win a BMW 1 Series.

She said: “When I was called up to be told of the good news, I thought someone was pulling my leg. I have never won anything in my life so when I received the call I was shocked and thrilled in equal measure.

“I bought the new tyres in May and received the news in July, so I had forgotten I’d entered if I’m honest. My son has been doing a lot of research on the car, so he is really excited about getting in the passenger seat!”

The campaign, in association with Bridgestone, ran nationally across a host of fast fit networks in the UK, including Elite Garages, Britannia Tyres, ETB, Watling Tyres, Universal Tyres, Savoy, as well as Iverson Tyres.

Iverson Tyres director Jon Powell said: “To be able to present the car from our Chiswick centre means a lot to us. We really got behind the campaign, which was a big success in stimulating sales across our network and we all put a lot of effort into it.

“To see Kylie’s face is a highlight of our year and we hope to see her in the future, when the BMW 1 series eventually needs a new set of tyres!”

Bridgestone’s sales and training development manager Mark Fereday said: “The competition exceeded all of our expectations and the team at Iverson Tyres worked ever so hard to make it a success. We received more than 5,000 entries, while being able to showcase our different ranges of tyres. The uptake was fantastic and we look forward to similar sales incentives in the future.”