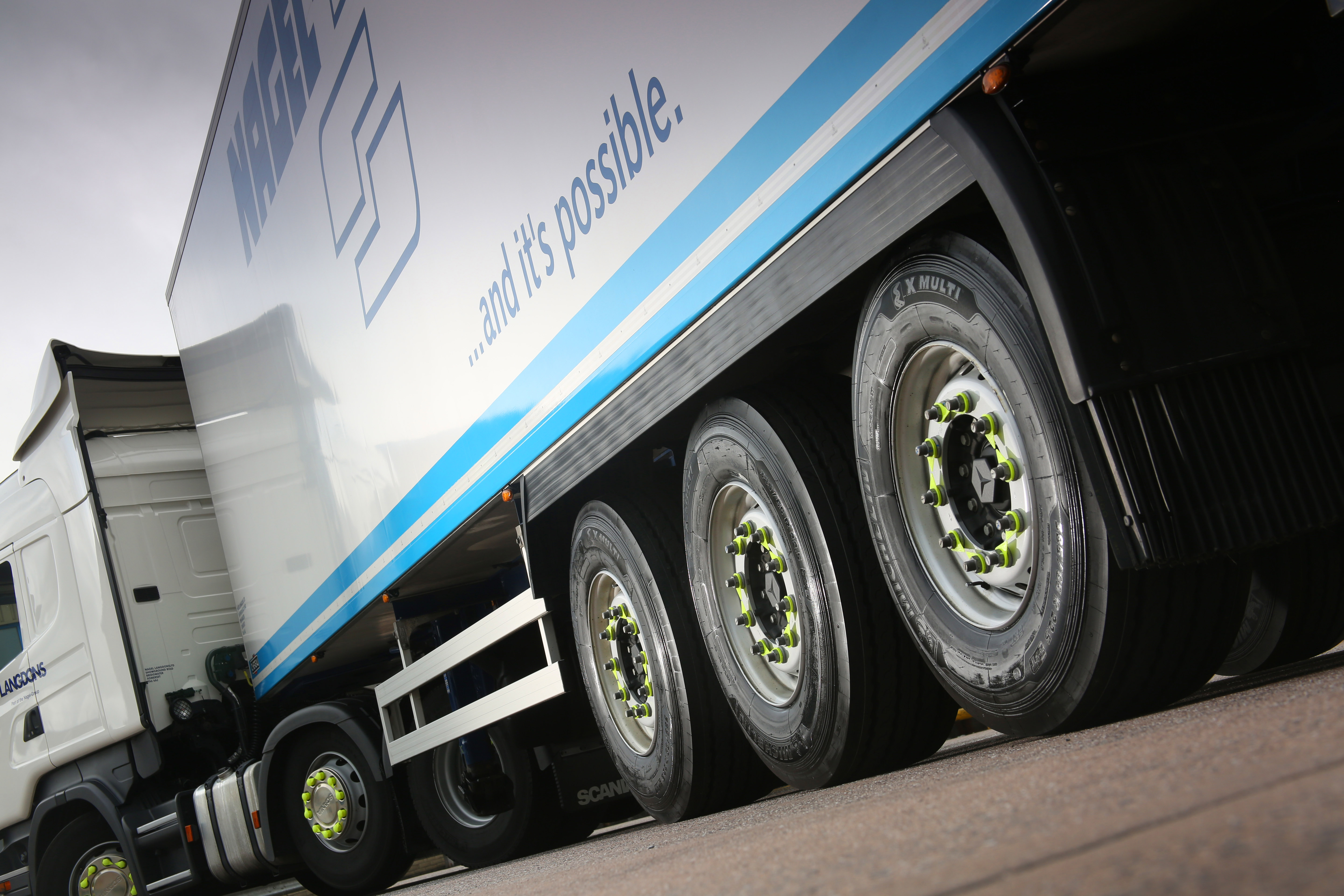 Tyrone Lanaway, engineering manager at Nagel Langdons, says: “We specified the trailers from new in 2012 on Michelin’s previous generation XTE3 trailer tyres and were very pleased with the performance. However, the new Michelin X Multi T tyres launched last year represent a further leap forward in durability and performance.”

The X Multi T fitments on the business’ LSTs are already exceeding the typical 200,000km achieved by the XTE3 tyres. Having covered an average of 260,000km in service, Michelin is projecting they will go on to pass the 300,000km mark before they need to be removed and returned for retreading.

The manufacturer says that the introduction of a new rubber compound called Carbion is the key to the durability the 385/65 R 22.5 X Multi T trailer tyres. Developed by the manufacturer, the compound reduces the tyre’s operating temperature by approximately 6°C, further reducing rolling resistance, fuel consumption and delivering increased resistance to abrasion.

Lanaway continues: “Thanks to the X Multi T tyres we have been able to keep both our LSTs and standard length trailers on the road for greater periods of time. Our long relationship with Michelin gives us confidence that we will continue to get great performance throughout the whole life of the tyre.

“The Michelin team has helped us build on our existing tyre maintenance regime. A combination of an excellent product and a commitment to looking after our tyres in service allows us to create a more efficient operation.”

The Michelin shod fleet, which supports a multi-temperature shared-user network, is made up of approximately 220 tractors and 380 trailers, including the four LSTs which are used for inter-depot trunk runs.

Nagel Langdons, part of the Nagel-Group, provides chilled and frozen food distribution and warehousing. The company won the prestigious Refrigerated Transporter of the Year award at the 2014 Temperature Controlled Storage & Distribution Awards.

Yokohama to supply tyres to reconfigured Clarkson, Hammond & May Live ...
Scroll to top