Kanwar speaks on Cooper and future growth at Apollo AGM 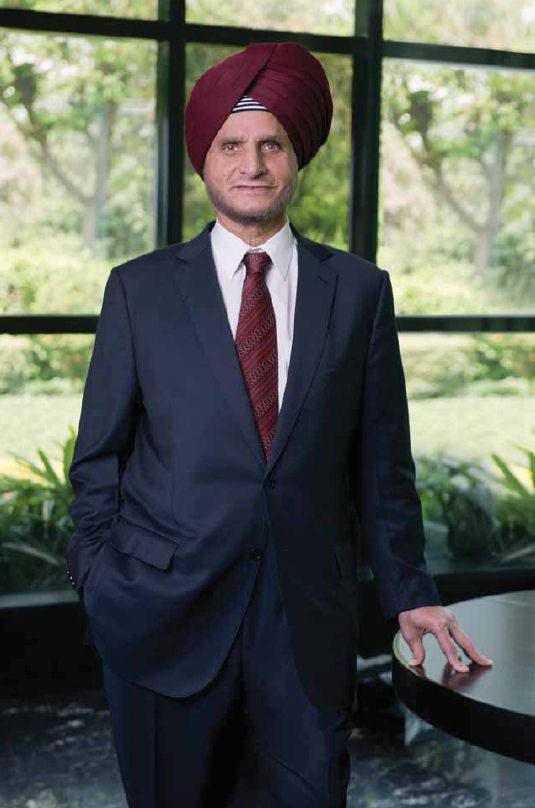 Onkar Kanwar has used the opportunity afforded by his company’s 41st Annual General Meeting to share Apollo Tyres’ view of why the planned acquisition of Cooper Tire & Rubber never materialised. The Apollo chairman also spoke on upcoming plans and the market opportunities and challenges the tyre maker has identified.

Many of us returned from the Christmas/New Year break to discover that Cooper Tire terminated the acquisition/merger agreement with Apollo Tyres on 30 December 2013. Apollo expressed its disappointment towards this decision at the time in an e-mailed statement, however Onkar Kanwar now maintains that the “fact that the deal did not fructify is not the real story.” He claims Apollo set its sights on an alternate path the moment it realised that the Cooper deal would not succeed. “The real story is that as soon as we knew that Plan A was not working out, we launched Plan B, which also addresses the objectives we have identified. We have made the decision to go ahead with a new greenfield plant in Eastern Europe, expand the capacity at our Chennai (Tamil Nadu state, India) plant and re-jig the product mix of our facility here in Kalamassery (Kerala state, India).” Apollo is expanding truck and bus radial capacity in Chennai from 6,000 to 8,900 units a day and converting the Kalamassery plant from cross-ply truck tyre to specialty/industrial tyre production; the company estimates a capex of Rs 20,500 million (£199 million) for the projects.

Whatever the finer points of the Apollo/Cooper breakup really were, Onkar Kanwar is confident the financial year that ended on 31 March will be remembered as a “watershed year”, both for Apollo Tyres as a company and for India in general; he calls it a year “when a country and a company took bold and decisive steps to shake off the shackles of the past.” The Apollo chairman says a “new wave of hope” has swept across India, resulting in “an unprecedented change that we are now witnessing.” And Apollo has “decided to shape its own destiny, rather than remain hostage to the vagaries of the markets, business cycles and raw material costs.” Specifically, the tyre maker is seeking to optimally utilise the economies of scale it enjoys through maintaining a presence in several global regions. And despite the ultimate outcome with Cooper, Kanwar says his vision for the tyre maker remains unchanged: “We continue to follow our past strategy: Expand. Add new products for our customers. Broaden revenue base by increasing our footprint in new geographies. And, of course, recruit and nurture local talent.”

On the subject of global expansion, Onkar Kanwar spoke of Apollo’s sales offices in Dubai, Thailand and Brazil and their efforts in leading the company’s “thrust into new markets.” He also made comments that may imply the door is open for an Apollo Tyres plant acquisition or greenfield facility project in the US. “When I turn my attention to the global economy I see further churn taking place. The United States, which had been written off by so many as no longer suitable for manufacturing, is enjoying a resurgence, driven primarily by energy costs and security. As manufacturing activity and consequent job creation picks up pace the US will once again be a huge influencer as a consuming economy.”

The possibility of a greenfield project in the US is just speculation, but plans in Europe are now concrete. And while the decision to erect a new greenfield plant in Eastern Europe shows confidence in Europe’s continued importance for Apollo Tyres, Kanwar believes that “while it will remain a very significant market I do not believe we will look at rapid growth for the industry.” Nevertheless, he observes that demand for Apollo’s products in Europe currently outstrips supply.

As for China, the Apollo Tyres chairman notes the market is undergoing a phase of consolidation. “The humongous growth of the past couple of decades has been tempered to allow systems, processes and fiscal prudence to catch up. I do believe that in the long term this is another market that will continue to be a huge influence on our industry.”

After delivering the customary messages of thanks to the banks, financial institutions and the governments that support Apollo Tyres’ progress, Onkar Kanwar wrapped up his AGM speech by stating that the next phase of the company’s journey has just begun: “Challenges are part of our lives; it is the opportunities that we need to focus on. I am optimistic, and have equal faith in the future and the power of hard work which ensures that even as we work to create value for ourselves, even greater value is generated for the society that we live in.”