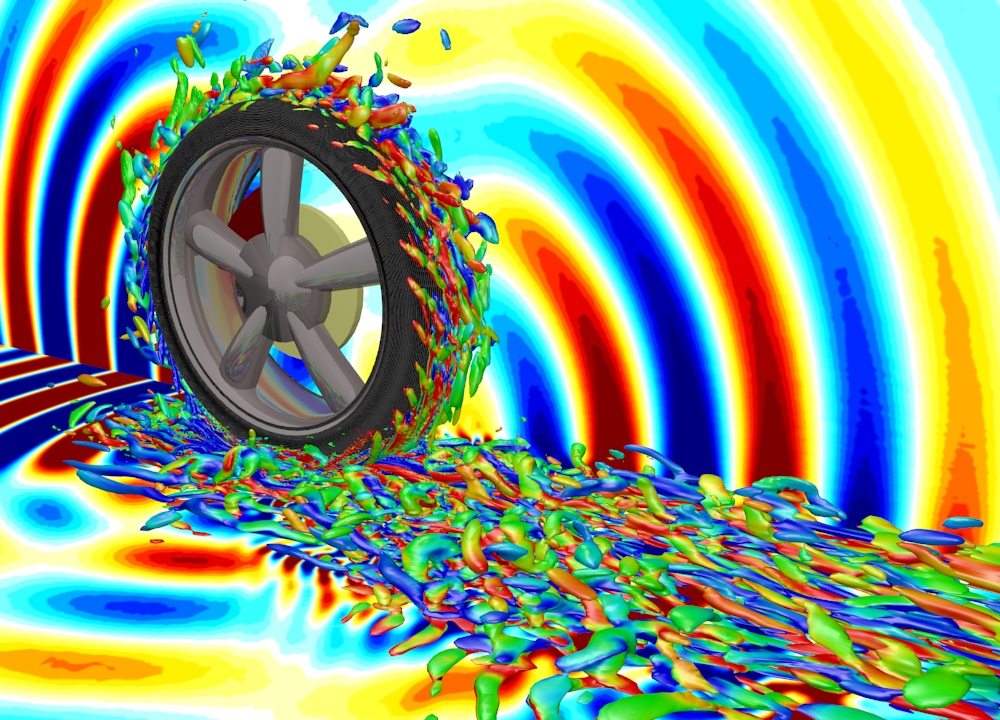 Researchers from Yokohama Rubber report making progress in a project that may lead to lower external tyre noise and improved tyre aerodynamics. The Yokohama contingent is working together with a team of researchers at the Institute of Space and Astronautical Science (ISAS), which is a part of the Japan Aerospace Exploration Agency (JAXA). The team, led by Professor Kozo Fujii, has successfully conducted the world’s first simulation of near real-scale flow structures (turbulence) around a tyre rolling on a road surface and the acoustic waves, or noise, generated from these structures. Yokohama Rubber expresses confidence that the ability to simulate a flow structure that enables precise measurement of acoustic waves opens up potential for new technological breakthroughs, and the company says it will therefore continue to support further research in these areas.

Conventional computational methods have limited accuracy in the vicinity of the tyre’s contact point with the road surface. The joint research team succeeded in increasing the accuracy of such computations by using both a supercomputer and a high-resolution computational method developed by researchers at ISAS/JAXA for use in space exploration research. By directly simulating a detailed tyre model, the joint research team attained the computations of both of the air-flow field around a rolling tyre at close to actual scale and its acoustic field. As a result, the researchers were able to demonstrate for the first time that the source of noise from tyres is not only caused by the turbulence structure around a rolling tyre but also from the compressed flow structures in front of a rolling tyre caused by the air circulating around it.