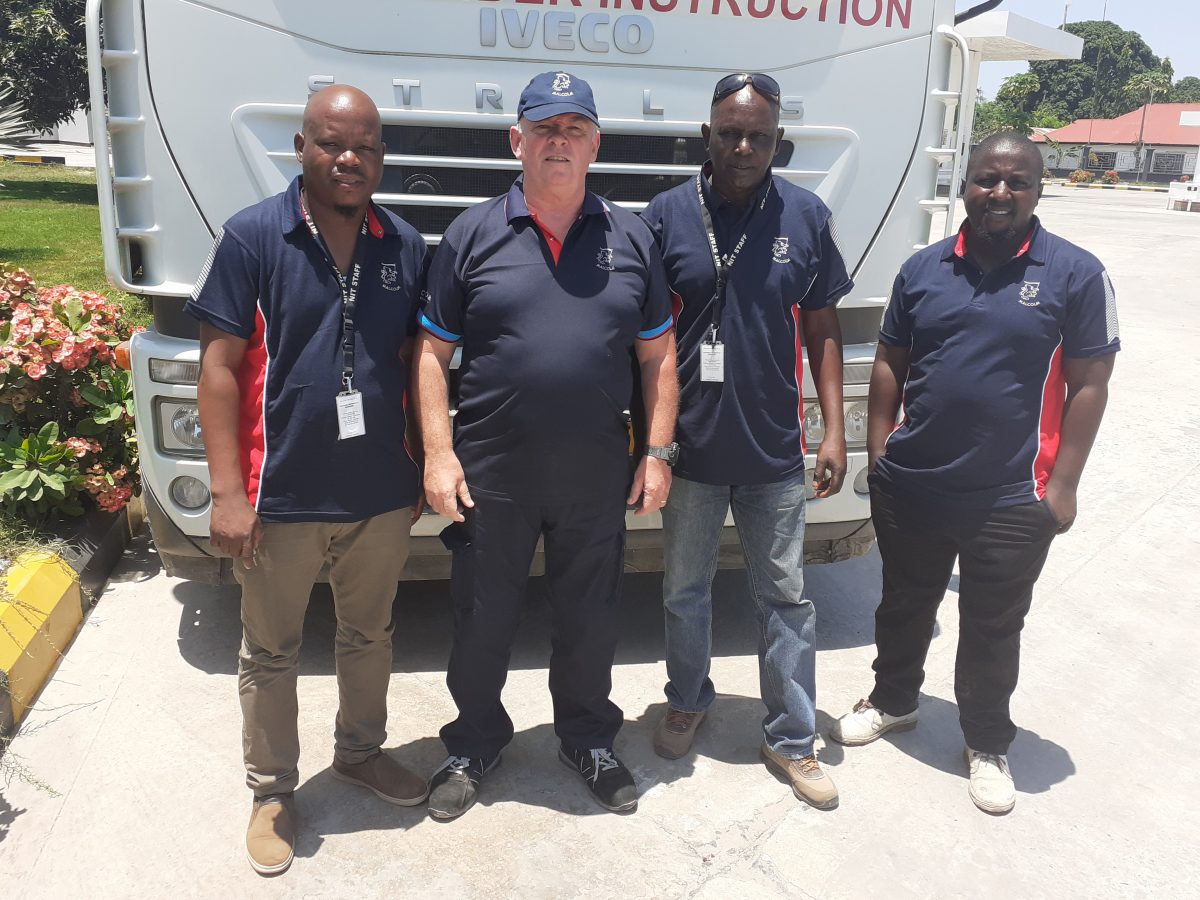 The project aims to reduce the number of road crashes and fatalities on Tanzanian roads by improving the standards of heavy goods vehicle (HGV) and passenger service vehicle (PSV) driver training.

Commenting on his time in-country, Heirs says: “My main goal was to deliver comprehensive driver training to enhance the road safety skills of the trainers working at NIT. The environment they work in is very different to mine, but their objective is exactly the same – and I was able to share plenty of valuable tips and advice which I’m confident will stand them in good stead.”

Reflecting on his third visit to the project, he adds: “It’s been an honour to return to the NIT and see the significant improvements in hazard perception, safe driving behaviour, on-road direction and vehicle control during my visits. My time at the NIT has been some of the most rewarding of my career; I’m hugely grateful to Transaid and the Malcolm Group for giving me this opportunity.”

Heirs completed his first two-week secondment for Transaid in 2015, returning to the NIT the following year.

The Malcolm Group has been a long-term supporter of Transaid’s work and became a corporate member in 2014. Since then, the company has backed the international development organisation through financial contributions, staff secondments, vehicle donations and by participating in its cycle challenges.

Transaid’s chief executive, Caroline Barber, says: “Our sincere thanks go to John and to The Malcolm Group for its generous donation of time and expertise. Their continued support is enabling us to build both the capacity and standards of professional driver training in Tanzania.”

Transaid partnered with the NIT in June 2010, two years after the launch of a similar project with the Industrial Training Centre in Zambia. Following the success of these initiatives, Transaid’s driver trainer expertise was extended into other countries, including Malawi and Uganda.