Leading motoring organisation RAC has teamed up with Blackcircles.com to create RAC Tyres, an online tyre retail portal offering “hassle free online tyre service” to RAC’s seven million members and any visitors to the RAC website. Blackcircles.com will power the motoring organisation’s new tyre retail operation, RAC Tyres (accessible at both www.rac.co.uk and www.ractyres.co.uk). The service will enable visitors to order tyres through the website and have them fitted at any of the over 900 garages in the Blackcircles network. Announcing the news, company representatives described the agreement as a “landmark deal” and pointed out that the move follows a period of sustained growth for Blackcircles.com. According to an interview with the Financial Times published in early April, company founder Mike Welch believes the recession could benefit Blackcircles as customers seek a lower cost tyre alternative. Blackcircles.com has grown to a turnover of in excess of £10 million since it was launched in 2001. In the earlier report, FT quoted Welch as saying sales were as much as 80 per cent up year-on-year. While year-on-year sales growth is currently quoted at 60 per cent it remains nonetheless impressive.

Kwik-Fit has announced that it has been awarded the highly acclaimed Beacon status from the Learning and Skills Improvement Service (LSIS) for its further education training programmes. The award was given following a successful Ofsted inspection in which the automotive repair company’s effectiveness, quality, leadership and management for its Train to Gain and Work-Based Learning programmes were graded outstanding.

Goodyear Dunlop has announced the appointment of new HiQ director Juergen Titz, the man who masterminded the successful Goodyear Dunlop ‘4Fleet Group GmbH’ fleet business division in Germany. Titz has also been responsible for leading Goodyear Dunlop Europe´s consumer fleet activities as well as its European Retail approaches. In total, he has 11 years experience within the Goodyear Dunlop group, and has been a key advisor in the growth of the HiQ franchise programme as part of his pan-European role. He will now move to the UK on a full-time basis with his wife and two children. Mark Brickhill, Group managing director, stated, “Juergen’s experience of fleet management and retail development across Europe will play a key role in Goodyear Dunlop’s drive to grow our own HiQ National Franchise Programme in the UK [covered extensively on Tyrepress.com throughout 2008]. The continued growth of HiQ is a core element of our vision to build strong retail and servicing partnerships across the country”

When the NTDA’s increasingly Influential Tyre Wholesalers’ Group (TWG) met for its annual lunch in November, the event brought with it news of import quality checks, an update on the current market situation and a polite request for not manufacturers to take advantage of the UK’s detached geographical position when it comes to pricing. However, in his role as chairman, Ashley Croft began by giving the audience representing the majority of leading manufacturers and wholesalers an overview of how the economic climate is affecting tyre wholesale markets:

Scotland’s leading independent courier firm is equipping its delivery vans with winter weather Autosocks in a bid to cope with the treacherous winter road conditions in Aberdeenshire and the Highlands. Eagle Couriers has invested in the revolutionary new equipment and plans to use the tyre socks to ensure their drivers are as safe as possible on snow-covered or icy roads. The company carries out many deliveries in the north of Scotland during the winter, and already uses safety equipment such as tyre chains, which they fit to their vans when they need to drive through heavy blizzards and snow drifts. However, by using the “tyre sock” technology, which was devised in Norway, they hope to improve their vehicles’ grip on the road when faced with less extreme weather conditions such as sleet and ice – which are less suitable for chains.

Trax JH Ltd has announced the appointment of Martin Blakey in the new role of international business development manager. Blakey’s appointment has been made in support of the company’s growth and export market development ambitions, which aim to propel Trax into a leading position in the field of European manufacturers of balance weights.

Akea is a cheetah with an appetite for things black, chewy and round….After sneaking out of Hamerton Zoo in Cambridgeshire, the six-foot long African feline headed for the home of the Taylor family, who live nearby. Upon arriving, Akea helped itself to a generous serving of bicycle tyres in their back garden. The unexpected diner was discovered by nine-year-old Toby Taylor, who initially received a measure of scepticism from his mother. “I thought he was pulling my leg but he was white, shaking and shrill,” said mother Jules. “We peered out of the kitchen window and there it was, sitting bang in the middle of our lawn, looking at the house. Mother and son waited 20 anxious minutes, watching Akea gnawing on the tyres of Toby’s bike, until keepers dispatched from the zoo arrived.

Formula One Tyre Scanner to be Launched at SEMA

The TAC-Scan, a kind of laser scanner designed to record and predict tyre wear, is being launched at this year’s SEMA show in Las Vegas. While it is not the first device that claims to be able measure tyre wear to minute levels of detail, what sets this invention apart is its handheld design and realistic price-tag (TAC-Scan will reportedly market at around £1000 in the UK). As a result, the new device is likely to appeal to fleets and high performance tyre dealers who want to demonstrate the effects of tyre wear to customers. TAC-Scan has been developed by Oxfordshire based company, RL Automotive in association with US based Tire Profiles Inc.

Stapleton’s (Tyre Services) Limited has agreed to buy 56 Central Tyre stores from Pirelli UK Limited. The deal, with a price-tag to be determined when the transfer of Central’s properties is completed, sees the tyre retailer and distributor expand its retail operation from 45 stores to a new total of 101 throughout the UK. The proposed transaction includes both retail and commercial tyre fitting outlets and the existing Central Tyre workforce is expected to transfer across to Stapleton’s upon completion of the sale. Initially Stapleton’s plans to concentrate on integrating the new stores into its network, meaning the company will be responsible for STS Tyre Pros, STS Tyre & Exhaust and now Central Tyre-branded outlets. It is not clear if and how this might change in the future.

Online tyre retailer Blackcircles has appointed Unipart Automotive as its preferred parts supplier. As part of the new partnership it will promote the Unipart brand and product range to its network enabling the garages to tap into better pricing on parts which can be passed on to customers. Revenue is reportedly up 40 per cent this year while visitors to its website are said to have increased by 55 per cent. The partnership agreement also has benefits in terms of customer confidence, a key area for online businesses. Under the new deal, Unipart will conduct a 10-point quality check, on behalf of Blackcircles.com, for all garages within the network, which will provide a mark of excellence designed to create a new consumer confidence and encourage greater use of independent garages. Mike Welch, managing director of Blackcircles.com, said: “In Unipart we are partnering with a proven and trusted name that will enable us to support our garage relationships across the UK at a crucial time for the industry. Block Exemption creates an excellent opportunity that will ultimately benefit consumers. We are confident that this new deal will increase consumer confidence and highlight the many benefits of using local independent garages to the general public whilst educating people about Block Exemption.” Unipart Automotive marketing director, Wendy Williamson, commented: “By sourcing our service products, the garages can be more confident about the quality they are offering their customers. This will increase customer satisfaction, generating higher sales for the garages involved.” According to the company, Blackcircles.com has developed the largest network of fitting outlets in the UK during the course of the last six years and is currently recruiting more garages to join its UK network.

New Website for Those Who Can “Please the Ladies”

Sadly, some garages are still patronising in their treatment of the ‘fairer sex’, and greeting female customers with a leer before steering them towards an expensive and unnecessary purchase is not always just an occurrence from back in the bad old days. Businesses where this sort of behaviour is considered acceptable, however, won’t be recommended by one particular new website. The site, foxychoice.com, has been launched with the aim of helping motorists do their garage buying homework for MOTs and car servicing, and in particular identifying the best female friendly garages and dealerships in the area. Answers to important everyday questions are answered within the site, and motorists looking for female friendly local garages can search to suit the work required then compare qualify features and facilities before making their final choice.

Staffordshire based TPCATS specialises in the manufacture of stainless steel manifolds, front pipes and catalytic converters to OE standards. Production to an OE standard of course ensures a high level of quality, and the company comments that its stainless steel products are far more efficient and reliable than ceramic alternatives, yet they are available at comparable prices. And as TPCATS has confidence that its products will not break, rattle or fail an emissions test, it is happy to offer a three-year warranty as standard on its constantly growing range. The result, says TPCATS, is fewer returns, less failures and less hassle for customers. TPCATS boasts a valid warranty claims rate of less than 1 per cent, far below the aftermarket standard of 4 per cent. 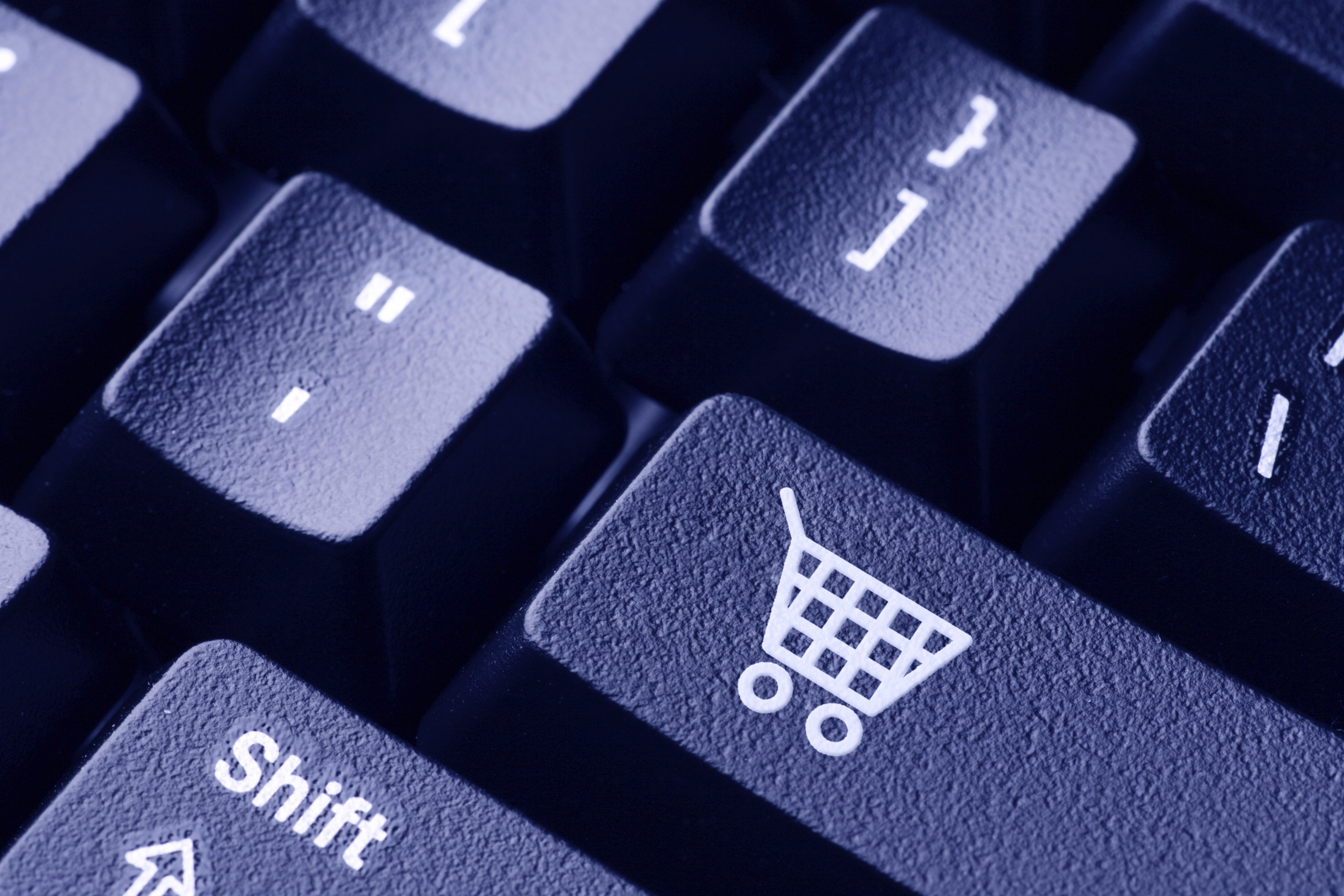 In recent years the online tyre market has swollen in size (as observed in other retailer sectors). Whilst the proportion of the total market controlled by this sector remains limited, the fact that the number of different e-tail platforms is continually proliferating means online sales could already account for as much as 3 per cent of the European replacement market. With this in mind, knowing more about how these businesses operate is of interest to everyone in the tyre trade. The latest insight is that the average tyre offered for sale online costs consumers around £69.14, meaning the myth that ‘virtual’ margins are too thin to make business sense could be evaporating. However, the most commonly offered tyre online is characterised as a mid-range brand costing around £60. It seems making money online is all a question of business model.

Grouptyre has appointed Karl Naylor as Managing Director following the departure of Peter Harries, who has left to take up a key opportunity elsewhere within the tyre industry. During 14 months with Grouptyre, Harries has worked on processes designed to build upon the company’s leading role in the tyre wholesaling industry. In this period Grouptyre has enjoyed sales growth of over 15 per cent.

GiTi Tire is looking to increase its market presence in the truck tyre segment by implementing a TBR service network. The company has since 2006 built up a comprehensive truck and bus tyre product portfolio incorporating two premium quality brands – GT Radial and Primewell – both of which have been QS9000, ISO9001 and TS16949 accredited and are specifically designed and manufactured to meet the ever-changing demands of today’s European commercial vehicle operators. The entire TBR range is carefully selected to ensure the correct pattern is available for each application: regional, long haul, mixed service or municipal. In fact, such is the growth of the company’s sales presence in both TBR and PCR that two strategic business units have been formed to cope with the demand.