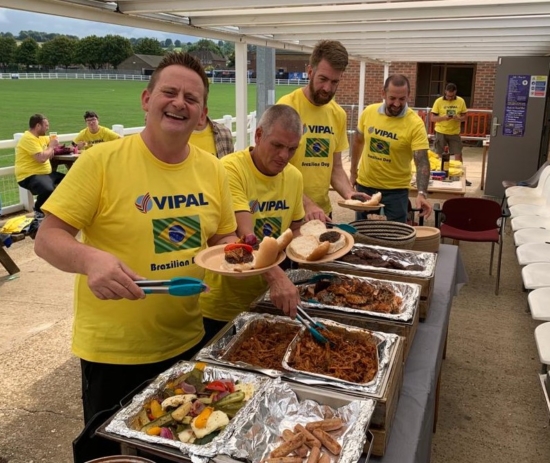 During the festivity, participants enjoyed a barbecue and played football, pool, and darts (Photo: Vipal)

Vipal and one of its “most solid partners in Europe”, Vaculug celebrated the success of their partnership on 10 September by holding a Brazilian Day. The festive event promoted integration between Vaculug and the Vipal Rubber commercial team and was held at the headquarters of Harrowby United Football Club, in Grantham. The meeting also commemorated the bicentennial of Brazil’s independence, celebrated on 7 September. During the festivity, participants enjoyed a barbecue and played football, pool, and darts. Everyone was given a t-shirt prepared especially for the event in the colours of the Brazilian national flag.