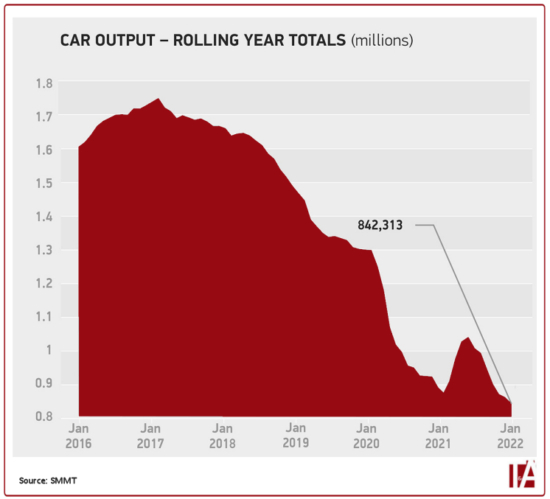 UK car production fell 20.1 per cent in January, to 68,790 units. The Society of Motor Manufacturers and Traders (SMMT) says this is the weakest January total since 2009. Output was down 17,262 units against the same month last year, which itself was one of the worst Januarys on record when volumes were impacted by friction in the new post-Brexit trading arrangements, extended shutdowns and the pandemic.