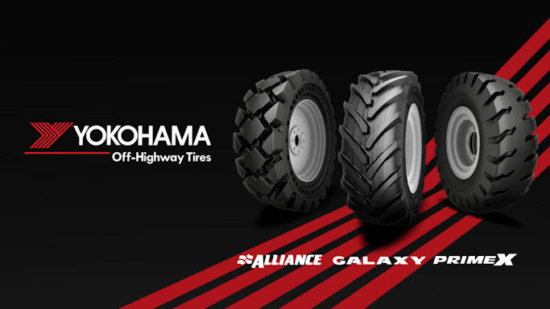 For the fourth time this year, Yokohama Off-Highway Tires (YOHT) is increasing prices for its products. In announcing the new pricing that will be applied from 1 December, YOHT stresses it has sought to keep the increases in 2021 “lower than the industry average” by itself absorbing “the major part” of the “dramatically rising cost for raw materials and freight” rather than pass these additional costs on to customers.

The tyre maker will implement an average increase of 4.5 per cent across the entire portfolio of its Alliance and Galaxy brands and states that “once again only a smaller part of the growing cost will be passed on.” The price increases apply to products from all YOHT plants.

“Price increases are what manufacturers least like to announce,” says Koen van Gemert, YOHT’s head of finance – Europe. “And yet, given the current situation in the markets, this cannot be avoided. YOHT is however, doing everything possible, to reduce the burden on business partners to the absolute minimum.”

First within, now beyond the tyre: Michelin extends ResiCare remit