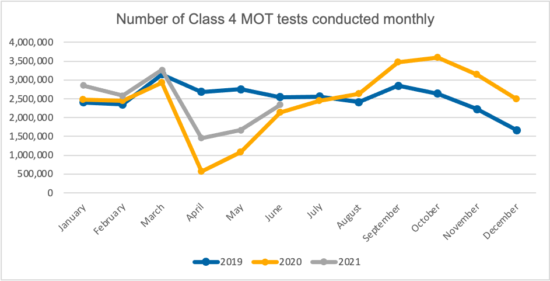 The latest MOT test data released by the Driver and Vehicle Standards Agency (DVSA) shows that test volumes recovered strongly between April and June of this year, in stark contrast with the disruption caused by last year’s MOT extension. The DVSA data, obtained by BookMyGarage.com through a Freedom of Information (FOI) request, shows 45 per cent more MOTs took place in the second quarter of 2021 than in the second quarter 2020. However, test numbers were still down 32 per cent compared to the same period in 2019.