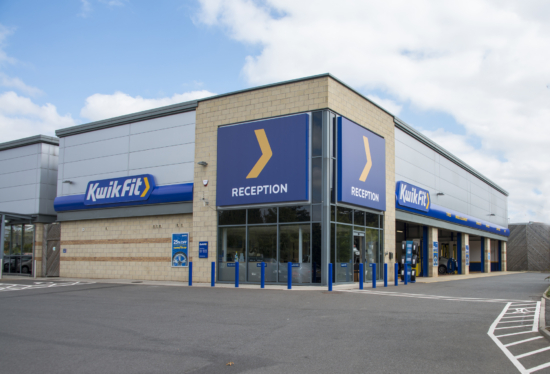 With 740 branches in total and “600 plus” bearing the Kwik Fit banner, European Tyre Enterprises Ltd (ETEL) remains by far the biggest tyre retail in the UK (Photo: Kwik Fit)

Kwik Fit has added Bath to its list of target locations for new centres, making it 25 towns and cities that the UK’s largest retail chain is focusing on. At the start of July Kwik Fit said it is looking for “new centres across the country” especially those with “proximity to supermarkets and leisure facilities”.

Following the original news that Kwik Fit was particularly considering expansion in 24 sites across the UK, Tyres & Accessories got in touch and asked – amongst other things – how many branches the company is aiming for. In response, a Kwik Fit spokesperson characterised the appointment of Rapleys as its chosen property consultant to facilitate the apparent expansion plans as a reflection of normal business practice:

“There isn’t a specific number of sites or locations – this is an open brief looking for potential opportunities in the ongoing normal run of business. Any potential locations will be judged on their merits and how they would fit the existing network.”

Rapleys’s promotional literature says that Kwik Fit is considering “all towns over 20,000 in population” and reports that “Kwik Fit…require new centres” between 3,000 and 10,000 square feet and with an optimum of 5,000 square feet.” But while the net has been cast wide, the following 25 highlighted locations are clearly top of the list.

The expansion plans follow the news that ETEL sold 26 Kwik Fit freeholds in the first half of 2020.

Kwik Fit is run by European Tyre Enterprises Ltd, which is owned by the Japanese Itochu Corporation. According to our 2021 tyre retail ranking, ETEL is the largest tyre retail operation in the UK with a total of 740 branches. Of these, around 650 are grouped under the Kwik Fit banner. The remainder trade under a range of tyre retail brands including Tyre City and Central Tyre.