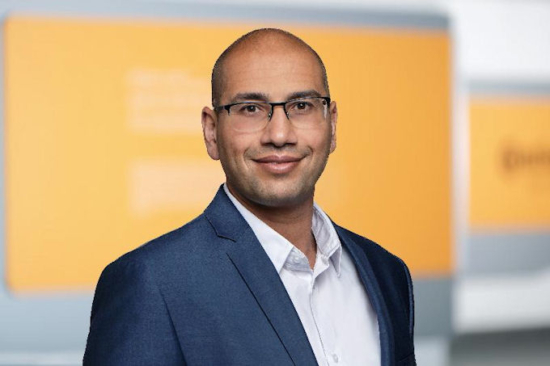 A new manager will lead the Brussels political office of tyre maker and technology company Continental from 1 August 2021. Fadie Al-Masri will succeed Desmond A. Collins, who is retiring at the end of July after nine years in the job.

The tasks of Continental’s Brussels office include maintaining dialogue with political and regulatory EU offices, government agencies and associations in the European capital, as well as representing the company’s interests within its Automotive Technologies and Rubber Technologies sectors.

“We would like to thank Des Collins for his excellent support during the establishment of our Brussels office, which we opened with him in 2012, and for developing our political relations there. We wish him all the very best and good health for the future. At the same time, we are pleased to have Fadie Al-Masri as our representative there to continue and expand our dialogue with the EU institutions. A trusting and transparent dialog with policymakers and the administration is an important key to sustainability in technology and regulation,” says Dr Felix Gress, Continental’s head of Group Communications and Public Affairs. “We’re focusing all our efforts on innovations from Continental for clean, safe and connected mobility, because these are essential for achieving the targets specified in the EU’s Green Deal.”

Al-Masri, aged 41, has been employed at Continental since 2014. After completing his degree in communications management, he started off in Continental’s Tires business area as the head of car tyre sales for a region within Germany, while also supporting the establishment of a market strategy for the Middle East. In early 2020, he moved to Continental’s Brussels political office.

His predecessor Collins was the head of European communications for Bridgestone before joining Continental. Prior to that, he assumed various management positions in sales and marketing for technical equipment suppliers and tyre manufacturers over a 30 year period.