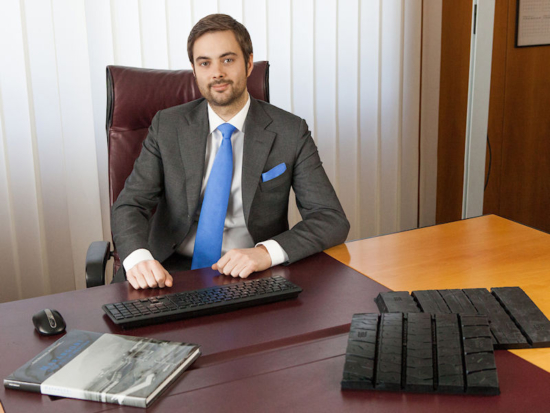 The Marangoni Group made money again last year despite significantly declining sales. With key figures improving, questions of the future relationship between the Italian firm and global retreading supplier Vipal Rubber reappears. The Brazilian company acquired a majority share in Marangoni Tread North America via a joint venture in 2019 and is reportedly about to take over the Marangoni activities in Latin America, which are currently being restructured. It would very much like to take over the entire company. Vittorio Marangoni, president of the Marangoni Group, confirmed that negotiations were ongoing between the firms three years ago to Tyres & Accessories. These could now also end positively in the interests of Vipal Rubber as part of a capital increase, according to company sources.

Marangoni has wanted a capital increase for a long time, as can occasionally be heard from Rovereto in northern Italy, where the Marangoni Group and the central production and sales company Marangoni Spa are based. The group (the holding company) holds 97.75 per cent of the shares. The remaining 2.25 per cent is the minority shareholder quota. Different numbers (83.75 to 16.25 percent), as recently published by the Italian local press, are not correct, Rovereto sources told Tyrepress.*

New money would be used to reduce old debts and finance important investments. The amount a corresponding capital increase would have to be is currently not certain and there is probably no concrete agreement on this, company sources continue to say.

It seems clear that Vipal Rubber would like to become the majority owner of the Italian retreading group in the course of the capital increase. New reports in the local press report that the Brazilian company wants to take 60 per cent of the capital of the operational Marangoni Spa.** The relevant negotiations are already “at an advanced stage,” but – as can also be heard from Rovereto – they have been said to have been for a long time. In other words: real headway has yet to be made in negotiations. A company source points out that the Covid-19 pandemic, which has hit both companies’ domestic markets hard, has resulted in the slowdown or temporary suspension of some essential activities for the negotiations and for the finalisation of the global partnership project.***

Against this background, the Marangoni family and the workforce around the world – 900 people work for the retreading company worldwide – are taking a close look at changing sales and profit figures. This is because Marangoni was able to earn money again last year. This goes some way to reducing economic pressure on the company. According to reports, a sale of the Marangoni Group or other central components with the owners in Rovereto would probably only be considered as the second-best solution to the urgent liquidity problems.

Marangoni’s recently published annual report shows it recorded a group turnover of 139 million euros and a surplus of 3.5 million euros in 2020. While sales had slumped by 18 per cent worldwide, Marangoni still managed to break even. In the previous year the group had to report a deficit of almost 14 million euros.

According to the Italian media, Vipal Rubber from Brazil has an annual turnover of 300 million euros. Most market observers suggest its European business is not currently a significant part of this, even though the Brazilian material supplier has risen to number three among independent material suppliers on the continent in recent years – just behind the duopoly of Marangoni and Kraiburg Austria. In Latin America however, Vipal Rubber is the clear market leader. And the company could grow significantly in Brazil and its neighboring markets in the near future.

Marangoni Tread Latino America Ltda. based near Belo Horizonte (Brazil) is currently in an official restructuring process. As of today, the aim of the process seems clear: the establishment of a joint venture under the leadership of Vipal Rubber. A corresponding contract has already been agreed. This process is similar to the one after Marangoni Tread North America was taken under Vipal Rubber’s management two years ago.

Cautious recovery in new car registrations during May