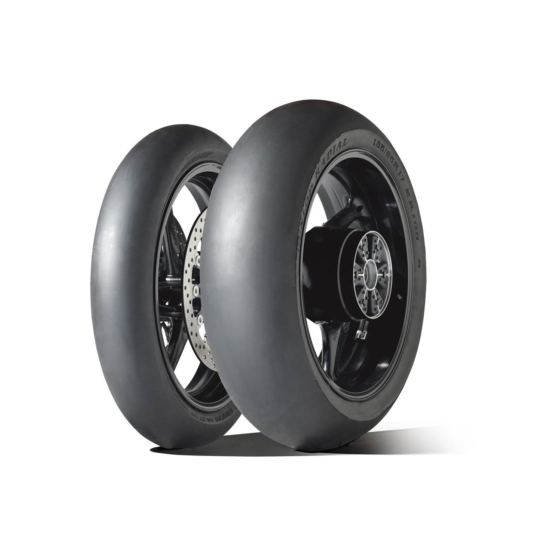 A new test by German motorcycle magazine PS has declared Dunlop the top slick track tyre following an extensive test. The magazine chose the Dunlop KR106 (front) and KR108 (rear) pairing as the overall winner in its comparison of seven different track tyres. The PS test crew used a Honda Fireblade SP at Circuit de Barcelona-Catalunya, home of MotoGP’s Catalan Grand Prix. The results were published in PS (6/2021) as part of its Pro-Slick Test feature.

Fitted with Dunlop KR106 and KR108 tyres in 120/70R17 and 195/65R17 sizes, the PS test rider was able to lap the circuit in 1.49.477. This was 3.126 seconds faster than one of the competitor brands, representing a 2.8 per cent improvement in a segment where lap times are of major importance. Professional racers tend to focus on lap times, while amateur track day riders also care about the feel and feedback of tyres, giving them the confidence to push to the limit. PS also declared Dunlop as the best tyres for stability, precision, grip, braking and behaviour at the limit.

PS tester Volkmar Jacob said: “Dunlop is back – and how! The KR106/KR108 combination simply works sensationally… there’s gigantic grip at the rear and high stability.”

The Dunlop KR106/KR108 combination joins KR slicks and the treaded D213 GP Pro and GP Racer D212 in the brand’s range of tyres developed in open competition racing. Dunlop’s tyres have been used to win road races such as the Isle of Man TT across Superbike, Supersport and Superstock categories.  The Dunlop KR range has been used by winners in the FIM Endurance World Championship, demonstrating its durability and consistency as well as outright performance.