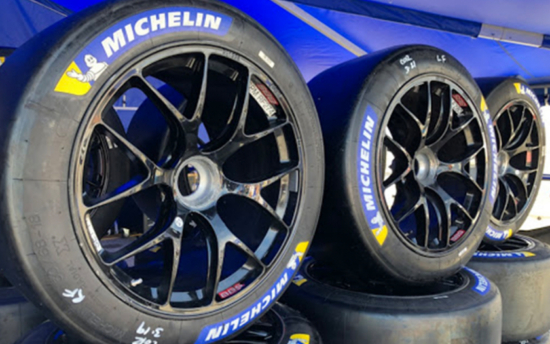 Cars competing in the DTM race series will race exclusively on Michelin tyres during the 2021 season. As per the agreement signed that Michelin Motorsport signed with DTM management last week, the tyre maker will supply Michelin Pilot Sport GT S9M tyres as well as a range of associated services. Drivers will use the Michelin tyres for the first time at the DTM test drives on 7-8 April at the Hockenheimring and 4-6 May at the Lausitzring in Germany. The season starts on 18 June in Monza, Italy.

“Michelin stands for top quality and absolute premium products that have not only been used on the road for decades, but also come first in racing. Every race driver will confirm: The consistently high performance of Michelin tyres over the entire duration of the race is unbeatable. From the driver’s and team’s perspective the best conditions that one could wish for,” says DTM’s Gerhard Berger.

The switch of tyre supplier from Hankook to Michelin accompanies a change of format for the DTM. The championship plunged into crisis after Audi announced its withdrawal from DTM following the 2020 season, leaving BMW the sole manufacturer represented. Gerhard Berger, then chairman of DTM umbrella organisation ITR, referred to Audi’s announcement on 27 April as “a difficult day for motorsport in Germany and Europe” and noted that the very future of the series was uncertain.

Talks with Audi and BMW followed, and by September Berger was able to announce that the DTM would continue, albeit with changes. Both Audi and BMW stepped down from the ITR at the end of last year and confirmed their support for a series contested by independent professional privateer teams rather than manufacturer teams. Responsibility for the series has passed from ITR to BMS, a new company owned and run by Berger.

For the 2021 season, DTM moves from Class 1 touring cars to a GT3-based regulation called GT Pro. Michelin is thus a logical choice as tyre supplier, given the company’s experience in GT racing and its record in endurance and other championships such as GTLM, GTE, and GT3. “Michelin is delighted at the prospect of working with DTM,” says Michelin’s customer racing director, Julien Vial. “It is a truly international series that boasts an entry of world-class drivers and prestigious sports cars brands, and we are going to provide this fine field with the Michelin Pilot Sport GT S9M which is engineered to deliver high performance and exceptional consistency.”

Michelin comments that this performance will “allow the drivers to push to the limit from the start to the finish of race weekends to combine an exciting show with real enjoyment behind the wheel,” while the Michelin Pilot Sport GT S9M’s consistency will “facilitate the teams’ set-up work.” Tyre longevity is also poised to play a fundamental role: The DTM will restrict tyre numbers to three sets per race per car at the opening fixture at Monza, Italy, before reducing the allocation to two sets for the remainder of the season.

Invaluable feedback from the field

Involvement in the reformatted DTM isn’t just good for Michelin brand awareness. The tyre maker is also looking forward to a race-to-road transfer of technology: “Michelin believes that its customer racing activity is every bit as important as its involvement in world-class racing,” shares Vial. “On the one hand, we provide the drivers, teams and manufacturers with high-performance tyres and a portfolio of services tailored to meet their needs. On the other, Michelin benefits from invaluable feedback from the field, the value of which is heightened by the similarities that exist between GT3 cars and production supercars.”

Tumisu; Pixabay Budget 2021: Corporation tax up, but business rates frozen – what it means...