Wastefront Sunderland plant could save 1.8 million tonnes of CO2 emissions over 30 years 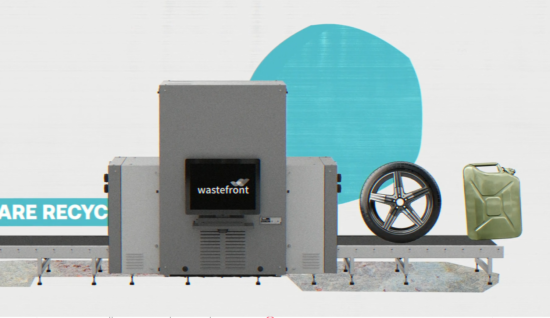 Tyres and fuel are just two of the destinations for the output materials Wastefront reclaims from the tyres it recycles (Photo: Wastefront)

Wastefront recently appointed Norwegian international accredited registrar and classification society DNV GL to conduct a Life Cycle Assessment for Wastefront’s proposed tyre to hydrocarbon plant in Sunderland. The Sunderland plant, which was announced last summer and which will be delivered in association with Devaltec LLC, is due to be completed in 2023. Now Wastefront’s Sunderland plant is roughly two years away from operation, the company has shared some of the primary base-case scenario findings from the report with Tyres & Accessories.

The headlines are that the reduction in emissions per unit of energy for the base-case, when compared with typical emissions, is 79.1 per cent for the naphtha and 80.8 per cent for the bunker oil. As a result, the outputs of the Sunderland plant in the base-case scenario would avoid an estimated 1,815,839 tonnes of CO2 over 30 years, or 60,528 tonnes per year, by replacing the typical sources of these substances (raw fossil fuels).

When including the emissions associated with the construction, operation and decommissioning of the plant, the net benefit is an estimated reduction of 30,529 tonnes of CO2 per year (compared with a baseline of nothing happening to the tyres).

When using the distillate to create virgin carbon black (vCB) rather than powering the site, using bio-pyrolysis oil as an alternative fuel for the site power further reduces CO2 emissions by 9,946 tonnes per year (and in this scenario the distillate is used as fuel for onsite generators to provide 100 per cent of the plant’s power requirements).

In order to help shed more light on its objectives, Wastefront has also released an y illustrated video – co-produced with Hamblin Imagery – detailing its value proposition. “A Circular Story” can be viewed here: