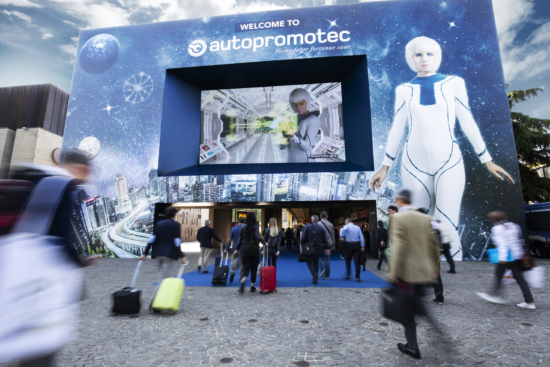 The entrance to the last edition of Autopromotec in 2019. The next show is scheduled for 2022. (Photo: Promotec)

When Koelnmesse confirmed the re-rescheduled dates for The Tire Cologne as 24-26 May 2022, it invited a retread of a 2020 spat with the organisers of Bologna based auto-repair and aftermarket show Autopromotec, whose 2022 edition is scheduled for 25-28 May. Then, Koelnmesse reacted to the enforced cancellation of the scheduled 2020 edition of The Tire Cologne by setting 18-21 May as the new dates for the show. The proximity of these dates to Autopromotec 2021, which was scheduled for 26-29 May, drew a strongly worded response from Renzo Servadei, chief executive officer of Autopromotec. He compared Koelnmesse’s decision to Darwinism: “This is not the time to play “survival of the fittest”. Even in the exhibition sector, the levers of competition can never prove fatal as today, while strategies of solidarity and collaboration should be triggered.”

Ultimately, Promotec Spa, the organiser of the Bologna event, opted to postpone its own event until 2022, an early decision vindicated by the second round of trade show reorganisations taking place in the first quarter of 2021. However, Koelnmesse’s 10 February announcement is set to test whether this action set a precedent for Autopromotec to ultimately make way for the German aftermarket event.