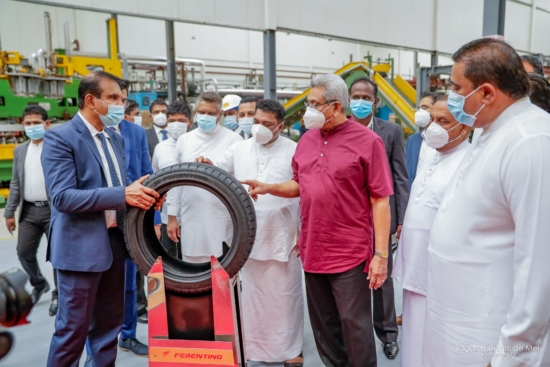 Ferentino Tyre Corporation’s Horana, Sri Lanka tyre factory was officially opened by Sri Lankan president Gotabhaya Rajapaksa on 14 January 2021. The facility was constructed with an investment of US$250 million and can reportedly produce 2.4 million tyres annually. Tyres made at the Ferentino factory will cross a number of sectors including radial car, SUV, bicycle and even three-wheelers. These include a “Mythos” product line reminiscent of the Marangoni passenger car tyre range previously produced in the same place (see below). Of the 2.4 million tyres produced annually at the Ferentino factory in this phase, 80 per cent are destined for export markets. A second phase is scheduled to be completed in March 2022.