You are here: Home1 / News2 / International News3 / Tyre importers should plan for lack of space on ships and freight incr... 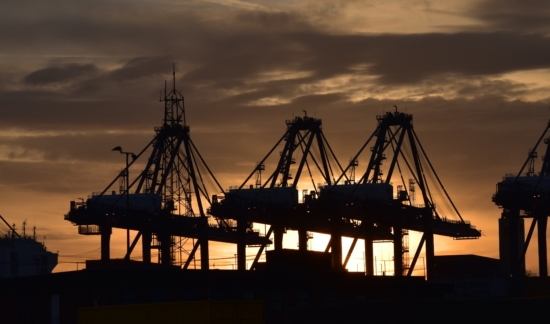 The port of Felixstowe (Photo: Matthew Cassidy on Unsplash)

Back in April, Tyres & Accessories spoke to leading supplier of freight forwarding services to the UK tyre sector, Maritime Cargo Services about the perfect storm of circumstances complicating life for tyre importers. Then it was difficult to anticipate the logistical problems the industry would face by the end of the first quarter – at least far enough ahead to sidestep the issues entirely. Even armed with the expectation of disruption, the pressure has built at British ports throughout the year, especially in the last quarter as Covid began to spike again. As a result, Honda UK’s suspension of production became a high-profile symptom of the catalogue of issues causing bottlenecking and ultimately delays in the supply chain. With the end of the Brexit transition coming amidst the second spike of Covid-19 transmissions on 31 December, T&A asked MCS again about what difficulties distribution businesses need to plan for this winter.

The company told T&A that the second Covid spike in the UK and Europe had not directly impacted freight rates, per se. However, the “lack of space on the vessels and the huge amounts of orders all coming at once due to China manufacturing whilst the UK was in its first lockdown” have clearly had an impact. As a result of this, there is a “lack of space on ships” as well as “equipment shortages”, which is going to mean “huge freight rate increases.”

Despite the similar context of a quickening spread of the virus, the problems faced by importers are of a different character to the second quarter of 2020. There is no oversupply problem, for example: in April-May 2020, demand had evaporated due to lockdown in the UK (and Europe), while shipments were already on the water. This led to MCS providing additional off-quay storage space to customers in need of warehousing for goods they could not store.

At the same time, preparing for Brexit may have taken a back-seat, especially with the final arrangement still unknown only a couple of weeks from the end of the transition. Based on the current state of affairs, MCS has offered a guide for how importers can prepare for importing from the European Union from 1 January 2021, when “every consignment from Europe will require a customs declaration.”

MCS tells T&A that importers “must ensure that:

The company adds that its own “experienced in-house customs team has the capability and capacity to assist with any EU customs requirements.” MCS is able to offer “guidance in all the processes and necessary paperwork involved” and can “take control seamlessly to remove the worry,” it says. The company has also prepared a full preparation checklist to help.

While there are obvious additional preparations for shipments from the EU, MCS anticipates that Brexit “should not have any impact” for “deep sea imports” from suppliers in Asia, a major source of tyres for the UK market.