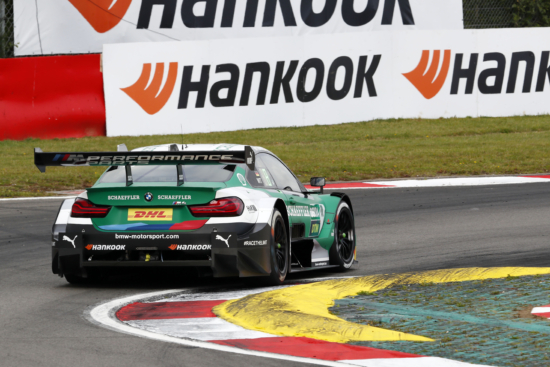 Hankook in DTM action at the Nürburgring (Photo: Hoch Zwei)

Hankook’s Ventus Race tyre is in action at three major series this weekend. The tyre follows up DTM, Formula Renault Eurocup, and 24H Series powered by Hankook action with events at the Nürburgring and the Circuit de Nevers Magny-Cours. Saturday’s race at the Nürburgring marks the DTM’s halfway point, with Sunday’s second race getting the second half immediately underway. The series lines up on the Grand Prix circuit for the first time for 19 years, including 17 corners and big changes in elevation. Hankook says the resulting compressions place great strain on the construction of the Ventus Race, as do the solid kerbs, which are taken at great speed.