You are here: Home1 / News2 / International News3 / Hankook is transforming itself into a system provider with the help of... 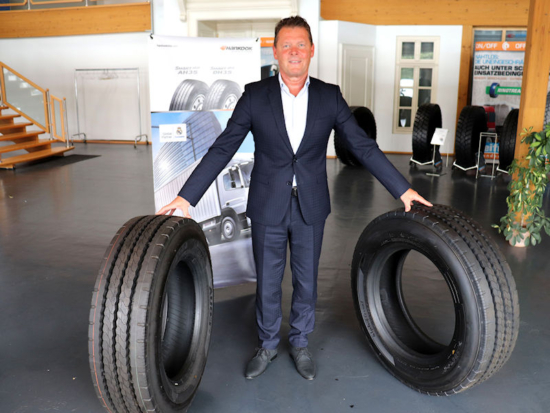 Over the past seven years, Hankook has firmly established its range of hot retreaded Alphatread tyres in many European markets. What began in Great Britain as part of a joint venture partnership is now being given a new boost in Central Europe. With the takeover of Reifen Müller in 2018, Hankook is now also the operator of its own retreading operation, which is being gradually expanded into a fully-fledged Hankook factory retreading factory – something colleagues at our German sister publication Neue Reifenzeitung found out. Now that Hankook is also manufacturing Alphatread tyres for Germany and neighbouring markets, the medium term is about much more than just a new product range: Hankook wants to redefine its position as a service provider on the commercial vehicle tyre market and establish itself as a system supplier. Customers in other European markets should also benefit from this.

This article appears in full in the September edition of Tyres & Accessories’ Retreading Special supplement. Subscribers can read the supplement online here. Not yet a subscriber? You can change that here.