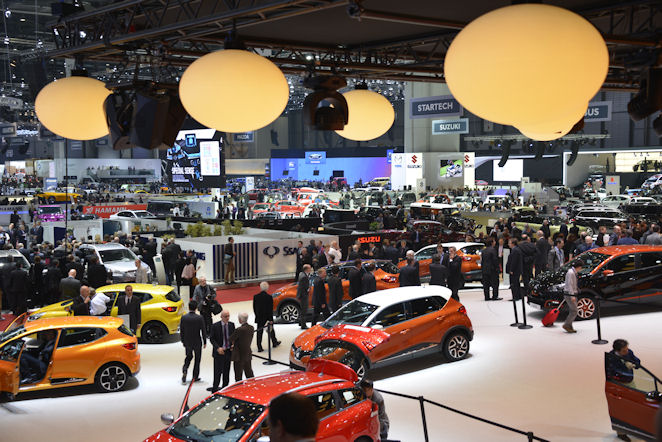 The Geneva Motor Show has traditionally been well visited

A 2021 edition of the Geneva International Motor Show (GIMS) is “very uncertain” and therefore the next edition is not likely to take place until 2022. The news emerged on 26 May after the Foundation behind GIMS declined financial support from the Canton of Geneva because the rescue package stipulated that the even should plan for a 2021 event.

Writing in a statement explaining the decision to decline financial support from the Canton of Geneva, the GIMS Foundation, also criticised plans to “outsource” the show, saying: “the conditions attached to the loan, which, in particular, aim to completely outsource the show including its conceptualisation to Palexpo SA, are not acceptable to the Foundation. In fact, they are in contradiction to the statutes and especially to the purpose of the foundation formulated more than 100 years ago.”

Instead the Foundation suggested its exhibitors, which are largely international carmakers, are looking forward to a 2022 event: “the organisation of the event in 2021 – a condition linked to the urgency clause of the draft legislation – is very uncertain at the moment. Indeed, the major GIMS exhibitors encourage us and strongly recommend to plan the next edition for 2022. It is therefore with deep regret that the Foundation must renounce the loan proposal of the Canton of Geneva.”

The 2020 GIMS, which was scheduled for March, was cancelled four days prior to opening due to the coronavirus pandemic. The cancellation was specifically based on a Swiss Federal Council decision to ban all gatherings of 1000 people or more. According to the GIMS Foundation, this “severely weakened” the show’s financial position.

Indeed, the aforementioned financial pressure was the reason the GIMS Foundation asked the Canton of Geneva for financial support to cover the losses caused by the cancellation of the GIMS 2020, which are estimated at 11 million francs. The Geneva State Council proposed to grant the Foundation a loan of 16.8 million francs under specific conditions.

Nevertheless, the Foundation reports that it “continues its efforts to restore financial stability as quickly as possible and to be able to organise a follow-up edition” of what is “the largest event in Switzerland”. In 2019 GIMS attracted more than 600,000 visitors and almost 10,000 media representatives. Its economic benefit to the Canton of Geneva is estimated at about 200 million francs.