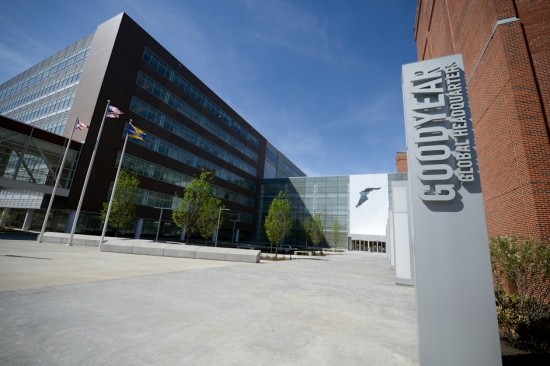 Preliminary results for the first quarter of The Goodyear Tire Rubber Company’s 2020 financial year were published today, with the company confirming its fiscal performance during the three months to 31 March was “greatly affected by the economic disruption associated with the COVID-19 pandemic.” Tyre unit volumes declined 18 per cent year-on-year to approximately 31 million units and sales dropped 16.7 per cent to around US$3.0 billion. Goodyear says these results reflect “significant declines” in global shipments of original equipment tyres after vehicle manufacturers halted production as well as weak replacement demand following the introduction of lockdowns and other restrictions.

The company expects to report a pre-tax loss of $185 million to $195 million for the first quarter of 2020 and an adjusted pre-tax loss of $175 million to $185 million, which excludes approximately $10 million of rationalisation and accelerated depreciation charges incurred during the quarter. These results include an unfavourable impact of approximately $65 million driven by lower factory utilisation and other period costs, both directly related to the shutdown of manufacturing facilities. As Goodyear hasn’t yet calculated its tax rate for the first quarter, it isn’t yet able to calculate preliminary net loss or loss per share.

Given evolving macroeconomic conditions during the first quarter, Goodyear is conducting impairment testing related to the carrying values of certain company assets, including goodwill of its Europe, Middle East and Africa business. As a result, it could record a non-cash impairment charge during the quarter and its reported loss before income taxes could be up to $185 million higher.

Most of the company’s manufacturing facilities in the Americas and Europe, as well as several tyre plants in Asia Pacific, remain closed. As mentioned separately, Goodyear intends to resume production activities through a “phased restart” in the second quarter of 2020, beginning this month with some of its truck tyre production sites in Europe and the USA. It will provide more details when reporting full first quarter results, but says decisions to resume production will be based on an evaluation of market demand signals, inventory and supply levels, as well as the ability to safeguard the health of its workforce.

Goodyear intends to respond to the aforementioned rapid declines in industry volumes with “swift action to aggressively reduce operating costs.” These measures follow the decision taken in March to temporarily close manufacturing facilities in the Americas and Europe, which will reduce conversion costs, improve inventory levels and preserve cash.

As a result of current conditions, the company expects 2020 capital expenditures to be no more than $700 million. The company is also implementing actions to reduce its payroll costs through a combination of furloughs, temporary salary reductions and salary deferrals covering over 9,000 of its corporate and business unit associates, including substantial salary reductions and deferrals for the company’s chief executive officer, officers and directors. In addition, Goodyear is reducing discretionary spending, including marketing and advertising expenditures. The tyre maker says it is also evaluating the possibility of further improving its cost structure by accelerating restructuring actions. “Together, these actions will help to mitigate the financial impact of lower industry demand as a result of COVID-19,” states Goodyear.

Although Goodyear emphasises that it “maintains a strong liquidity position,” in light of the current situation it’s acting to further strengthen its balance sheet and enhance financial flexibility. As one step, the company announced the temporary suspension of its quarterly dividend, which will preserve approximately $37 million of cash on a quarterly basis. In addition, Goodyear has refinanced its $2.0 billion asset-based revolving credit facility, extending the maturity to 2025. The refinancing included favourable adjustments to the calculation of the facility’s borrowing base, further strengthening liquidity. The covenants in the amended facility are substantially similar to those in the prior facility, and do not include any financial covenants unless the aggregate amount of cash and cash equivalents of Goodyear and its guarantor subsidiaries and the availability under the facility is less than $200 million.

“During this challenging time, our top priority continues to be the health and wellbeing of our associates. We are working diligently to ensure we will be prepared to resume our manufacturing operations safely and efficiently when automotive production and replacement tyre demand recovers. At the same time, we are proactively taking actions to mitigate the impact of the sharp decline in industry demand on our profitability and financial position,” said Richard J. Kramer, Goodyear’s chairman, chief executive officer and president.

“I am proud of the courage and resilience of our associates around the world as they continue to service our customers and consumers during this unprecedented time. I am confident we will weather this crisis and that, as we continue to focus on our strategic priorities, we are positioning the company to win in our markets when the auto industry and broader economy recovers.”

In addition to providing an update on its operations, Goodyear also announced the successful refinancing of its primary revolving credit facility in the USA. “We are pleased to complete this action, particularly given the current economic climate,” said Darren R. Wells, executive vice president and chief financial officer. “The extension of our debt maturities enhances our financial flexibility and further strengthens our liquidity position, allowing us to better manage the challenges we face. This renewal reflects the financial community’s confidence in our business and the quality of our assets.”