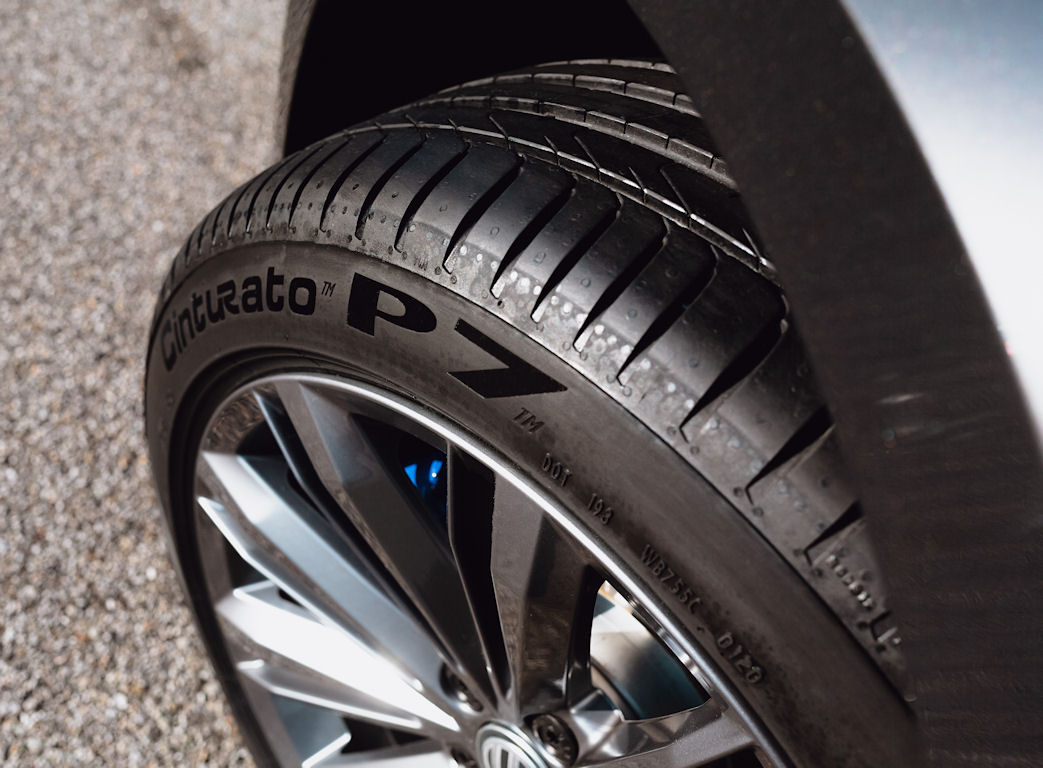 The Pirelli Cinturato is 70 years old, and what better way to celebrate than with a new tyre? Pirelli says a new-generation Cinturato P7 is on its way. It is also marking the anniversary by looking back at how the technology behind the name has evolved over the decades.

It all began with a prototype tyre that didn’t even carry the Cinturato name at the time. Nevertheless, Pirelli says this tyre from 70 years ago hid a “genuine industry revolution underneath the tread pattern.” The introduction of radial tyres featuring textile and metal reinforcements was, it adds, one of the “few truly radical changes” in the history of tyre manufacture. Pirelli’s ‘367’ pattern was adopted by car makers such as Lancia, but it was the next evolution of the tyre that introduced the Cinturato to some of the world’s most desirable cars.

With the introduction of the Cinturato CA67, CN72 and CN73, Pirelli says it “invented the concept of the sporting tyre for the road.” The list of vehicles that wore these tyres is impressive: The Ferrari 250 GT and 400 Superamerica, Lamborghini 400GT and Miura, Maserati 4000 and 5000. The CN12 is credited as being the first low-profile tyre. Pirelli evolved the Cinturato further with the introduction of the CN36, a road tyre that also made its mark on rallying, and later the CN54.

By the mid-1970s, the next Cinturato revolution made its presence felt. Created for rallying in general and the Lancia Stratos in particular, the first Cinturato P7 contained innovations such as a zero-degree nylon belt and an ultra-low profile. The first cars to adopt it on the road were the Porsche 911 Carrera Turbo, Lamborghini Countach and De Tomaso Pantera. The P7 was swiftly followed by the P6: a tyre that was less sporty, but with a wider range of potential applications. Then there was the P5, created specifically for Jaguar, which had asked Pirelli for the quietest possible tyre with maximum ride comfort. The P6 and P7 were respectively succeeded by the P600 and P700 in the 1980s. These focused upon safety improvements, such as wet grip and cornering. By the time the 1990s came around, the P6000 and P7000 were on the market, improving safety and performance still further.

The Pirelli Cinturato P7 name made a comeback in 2009. This time, the focus was on reducing rolling resistance and the use of ecological materials. The range grew with the introduction of winter and all-season models, and today these products have racked up more than 400 homologations with carmakers.

A new generation of Cinturato P7 is now coming – and Pirelli says that that the tyre, which will debut soon, already has 60 homologations to its name. Safety and efficiency are the key priorities, and thanks to an “intense research and development programme,” Pirelli’s engineers have “come up with a high-technology product that’s able to overcome many of compromises traditionally associated with tyres and reconcile seemingly conflicting requirements, such as performance in the wet and low rolling resistance.”

As well as carrying over its predecessor’s dry-weather performance, the new generation Cinturato P7 offers improvements in wet conditions. Pirelli says the “whole driving experience” surrounding wet handling and aquaplaning is better, and wet braking has taken a major step forward. According to the tyre maker, four fewer metres needed to stop from 100 km/h. Rolling resistance has been reduced by 12 per cent compared with the predecessor, while tyre life is six per cent better. Other improvements include reduced road noise and better ride comfort.

The new generation P7 range will encompass products that feature run-flat and self-sealing, and Pirelli will offer an ‘Elect’ version specifically made for electric cars or plug-in hybrids.

With the latest Cinturato P7, Pirelli claims a generational improvement in wet braking and handling, as well as rolling resistance and wear

ETRA conference postponed due to Covid-19