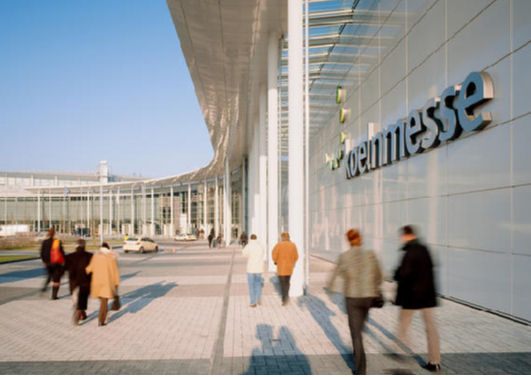 Koelnmesse hopes to see such a scene on 9 June

Although Angela Merkel predicted this week that up to 70 per cent of all Germans could catch coronavirus, people there are responding to the risk in very different ways. This can be clearly seen in plans for two automotive shows.

Messe Friedrichshafen, organiser of performance car event Tuning World Bodensee, announced yesterday that coronavirus had forced it to “slam on the brakes.” This year’s show, which was scheduled to take place between 30 April and 3 May, has been postponed to an unspecified date, likely early in 2021.

“We hoped against hope and fought hard up until the very end, but the worsening of the current situation in regard to the spread of the coronavirus means that we will not be able to hold Tuning World Bodensee,” explained Klaus Wellmann, managing director of Messe Friedrichshafen. Project manager Dirk Kreidenweiss added: “The health and well-being of our exhibitors and visitors, as well as that of our own employees, comes before everything else. However, this necessary step hurts, both emotionally and economically.”

TTC – current recommendations will be observed

The Tire Cologne is scheduled to take place almost six weeks after Tuning World Bodensee, and the organiser is pinning its hopes on these six weeks making all the difference. Crucially for Koelnmesse, the dates for this year’s tyre show fall outside of the current restriction on large events announced by the City of Cologne on Tuesday. While the region’s government recommends the cancellation of events attracting more than 1,000 participants “until further notice,” Cologne decided only to impose this restriction until 10 April – for now.

In a statement to its customers and partners, the organiser of The Tire Cologne shares that the City of Cologne’s ban “does not affect any Koelnmesse events, since following the postponement of two own events and three guest events, no trade fairs will be held at the Cologne venue until mid-April.” The fate of events scheduled to take place after mid-April will be decided at a later date. Koelnmesse says it will “take the current recommendations of the federal and state governments and the crisis management team of the City of Cologne into account in all decisions,” and will “continue to evaluate each event individually.”

Koelnmesse is gambling on a drop of new corona cases in the coming month, thereby enabling it to avoid the emotional and economic pain that Messe Friedrichshafen is now experiencing. But for those who’d planned to exhibit at or visit The Tire Cologne, the question remains: Attend or cancel?

The rules in Germany regarding cancelled travel plans are opaque. Consumer advocates state that an event organiser may be liable to reimburse some or all accommodation and travel expenses should it be considered liable for the event’s cancellation, but this may not apply in “unavoidable, exceptional circumstances.” It is still unclear whether coronavirus represents such a circumstance. One minor consolation – the cost of show tickets must be reimbursed.